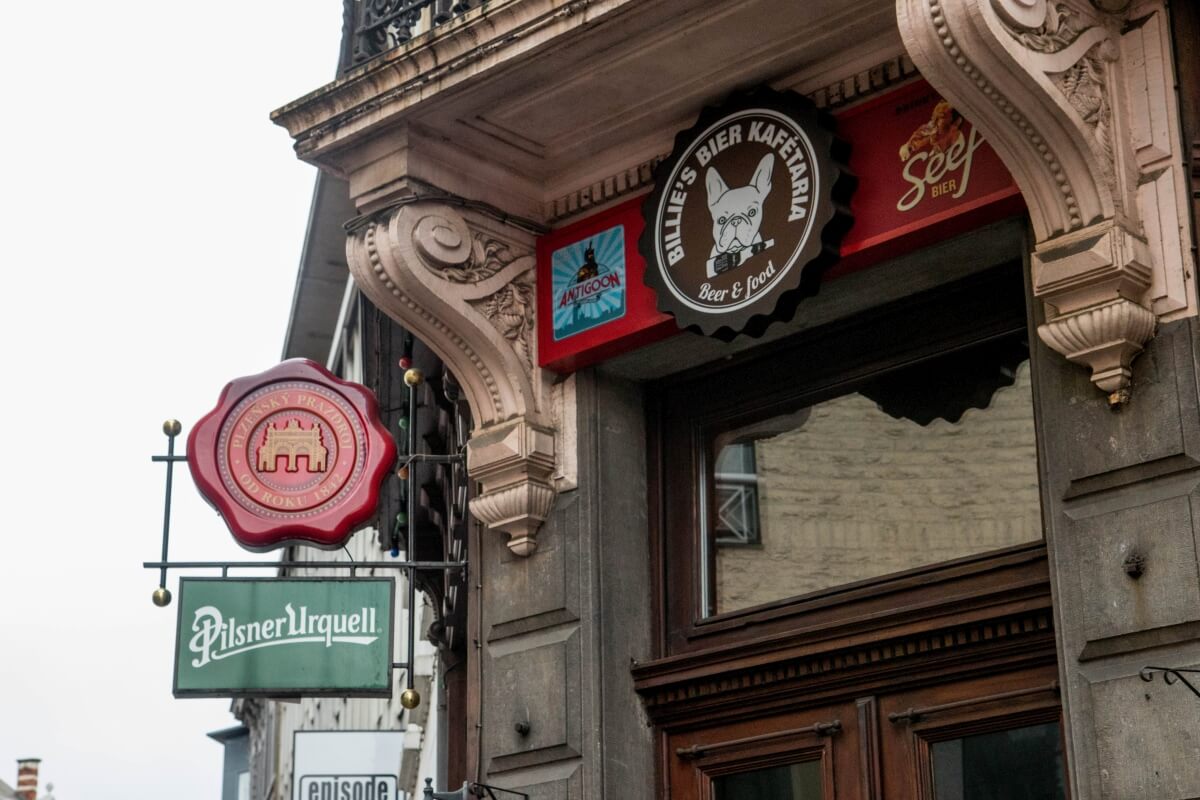 I was visiting Antwerp at the end of November to go to Billie’s Craft Beer Fest. This is an international craft beer festival organised in part by the people behind Billie’s Bier Kafetaria so when the festival was over and I spend a Sunday walking around the city I decided to give the actual bar a visit.

The owner of this bar is of course Billie, a 9 year old French Bulldog but he lets his humans Helena van Geyte and Stéfan Cauwenbergs run it for him. That doesn’t mean he doesn’t rule with an iron paw! This pooch takes his beer very seriously which is why om the 13th of December 2013 Billie’s Bier Kafetaria was opened. It’s actually located not far from the Cathedral of Antwerp and the well known Groenplaats.

The best way to describe this place is ‘cozy’. It’s quite small but somehow they still managed to get two levels with tables and chairs into this place, together with the bar and behind it storage and a kitchen. There’s a lot of wood in the interior and in general it just feels very welcoming.

That feeling doesn’t go away when you talk to the people behind the bar either. Most of the staff are actually women but this wasn’t planned, it just happened. Some of these beer slingers have had training in all things beer and in turn they teach the others to make sure the customer can get information on any beer they want to order and to make sure they get it how the brewer intended. They do all of this in a friendly and welcoming manner.

What can I tell you about the beer? Just like the festival it’s a mix between Belgian and foreign brews but I think it’s a good sign when the beer menu starts with some small breweries from Antwerp. It means they know their roots and are proud of it. That also reflects in the small history lessons that can be found in this book they call a menu. Did you for example know that the street where the bar is located was actually a place where beer used to be brewed? A ‘camme’ is an old Flemish word for brewer and that morphed into Kammenstraat later on. Isn’t language and history fun?

Enough of the history though and really deal with the beer. On to the beer now though because that was the main reason I came here. The respect for beer is even reflected in their choice of pilsner which is Pilsner Urquell instead of a more well known Belgian beer. I know it’s still part of a big brewer (Asahi) but it’s a good pilsner and the inventor of the style. Besides this pilsner there are 10 more beers on tap. Of these total of 11 taps 3 use nitro including the Pilsner Urquell. Other than that there are over 100 beers on bottle, some are there to stay and others are just there for a limited time. A bit like me!

During the festival weekend it wasn’t possible to order a beer flight but normally you can get 4 glasses of 8cl for € 9,- and you can select the beers you want yourself. If the beers are more rare and expensive this price might be € 12,- instead.

Finally I want to mention the food. Among the menu you find classic Belgian dishes like Carbonade flamande and Liegan casserole among more modern fare. A lot of them have beer as an ingredient and there are of course suggestions for what to drink with each dish. I only tried an order of fries and they were what you’d expect in Belgium, simply delicious.

It might be the afterglow of a great festival but I really liked Billie’s Beer Kafetaria and I recommend paying it a visit if you find yourself in Antwerp. 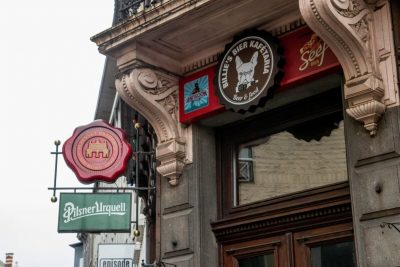 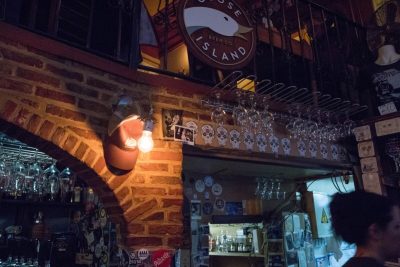 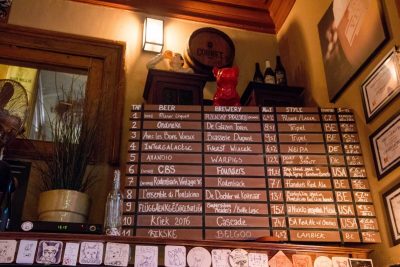 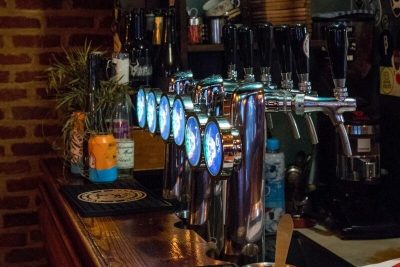 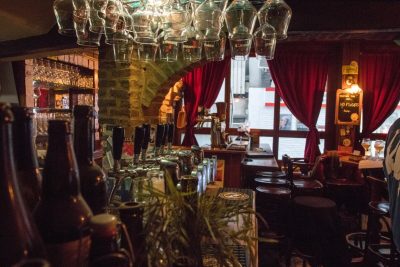 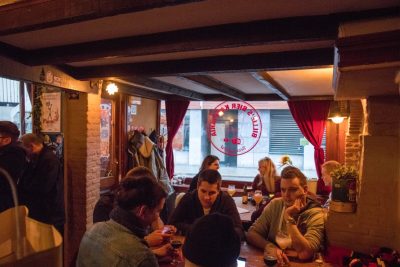 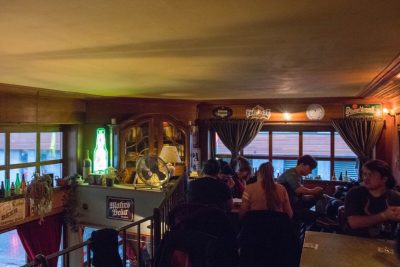 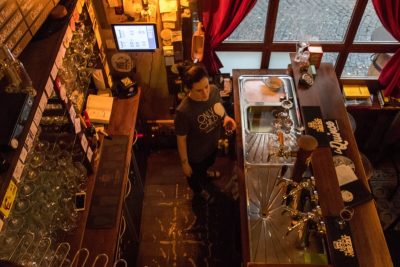