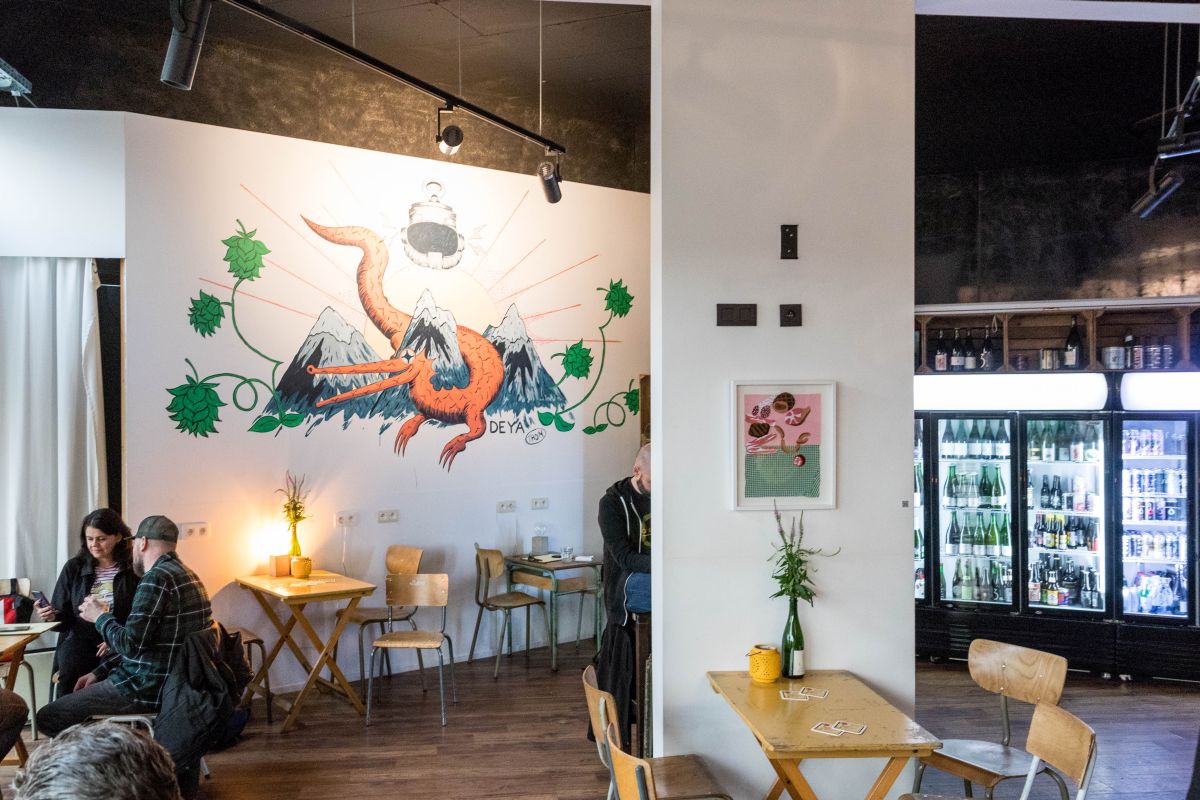 A bar called Station 1280 which isn’t even located near a train station of any kind. What’s the story behind that? For that you’d have to ask the owner of such an establishment, wouldn’t you? Well, owners in this case. The owners of this bar that specializes in craft beer and natural wines are a couple, a married couple called Richard and Chantal. I spoke to both of them to see what lead them to own this bar.

Richard Ootjers is originally from Alkmaar in The Netherlands and he arrived in Antwerp about 7 years ago. Well, not directly he lived in Amsterdam in between. Before coming to Antwerp Richard worked at a wine store and a wine auction. I guess that explains the interest in natural wines, doesn’t it?

He didn’t immediately open this bar though, he opened a beer store first, right at Antwerp’s Central Station. A Dutch guy selling beer in Belgium? Some people thought that was weird. Especially since he wasn’t selling traditional Belgian beer! While talking to Richard I do have to say his accent has become a bit more Flemish. I guess living in Antwerp and the influence of his wife Chantal lead to that!

Chantal Mons is the other owner. She helps out in her free time since she isn’t just part owner of this bar but still has a successful career working at Deloitte. You might have expected that Richard would be the one responsible for the wine menu with his background but Chantal might have him beat as far as wine knowledge goes. She’s the one responsible for all the grapy goodness they sell.

During COVID they decided to move to a new location at Oudaen. The rules for a shop at the station during the pandemic were just too strict! The new spot though became a bar, not a bottle shop. One of the major reasons for this location is that they would be able to have outdoor seating as well.

This isn’t exactly interior but what struck me before entering the venue was all the empty bottles outside. Turned out the pre- and after-festival crowd (Billie’s Craft Beer Fest organised by Billie’s Bier Kafetaria every year) had been busy since Wednesday and emptied a lot of bottles! Among them various lambics, geuzes and similar sour beers. There was still some left in the fridge though!

What I also immediately noticed  was the large painting on the wall that reminded me of the design on the cans of English brewer Deya. Actually…it is exactly that art! Turns out the artist that designs for them lived in Antwerp for a while and offered to paint the mural. Now that’s cool!

There is more artistic content in the place though. You have to take a close look at the tap handles for that. Every single one of them depicts a character from pop culture. I quickly noticed Groot and Bender (from Marvel and Futurama respectively) but there are many, many more. I think you could entertain yourself for a while figuring out which characters they all are. They are all produced by a bar regular who is really into wood carving (and beer of course).

So, there are 8 taps and one wall of fridges…that means it’s time to talk about the beer.

Let me start by mentioning the beverages that are NOT beer. That means natural wines and mead. I can’t say I know much about the wine but I’m sure you can get advice if you want, both owners are knowledgeable about the stuff after all. Among the mead (that gets sold by the glass if you want) I spotted Schramm’s for example.

One wall is full of fridges and crates and among them you find the already mentioned sour stuff. I spotted some highly popular ones like Antidoot and Bofkont and of course a lot of geuzes. Other than that there are a lot of cans with various contents. Seems like Richard also loves Polly’s like I do. IPAs, stouts…you can find it all in the fridge.

The beer on tap of course rotates a lot but you can usually find a German lager on there instead of a typical Belgian pilsner. Not against that idea at all! In total there are 8 taps to drink from. What you can also find on tap is their house beer made by their own brewery right next door. I tried one, a really fresh one, pretty nice!

Uncharted Brew Co. is what that brewery’s called and they focus mainly on IPAs. They in this case are Richard and head brewer Thom. Not that long ago he was just a homebrewer with pots and pans bubbling away on his stove but during COVID he teamed up with Richard to start their own brewery. Once again because Antwerp lacked something…a brewery that focused on more modern styles. Thom even built the brewing system they use! Richard mostly focuses on the business side of things for the brewery, paying taxes and sales. That way Thom can focus on creating good beer.

At the moment about 100 to 120 liters of beer gets made a week but there are ambitions to get bigger. Bigger in volume but smaller of container. I’m talking about getting the beer in cans of course, not in bottles. Thom is as modern thinking as the owners of the bar after all. He might even want to create a sour but he admits that he still has to learn a lot before he’s ready for that.

I wish I didn’t visit this bar on such a busy weekend since I went to Billie’s Craft Beer Fest. There was so much good stuff to try in the fridges and on tap! They weren’t open on Sunday either so I guess I have to visit it at another time. I’m already looking forward to it. 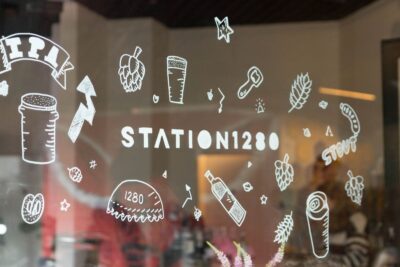 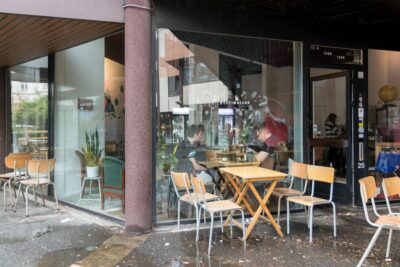 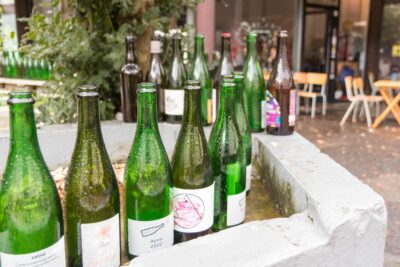 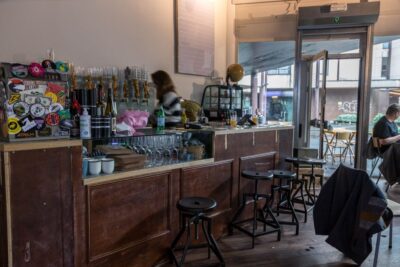 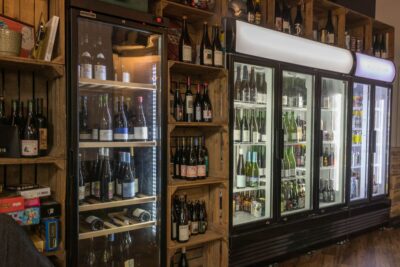 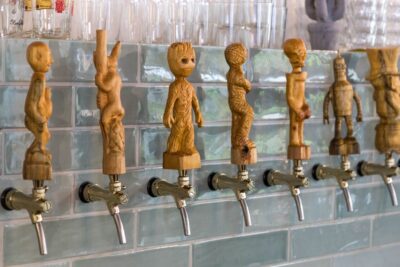 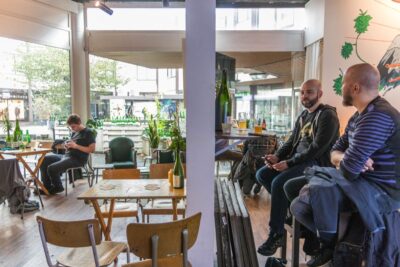 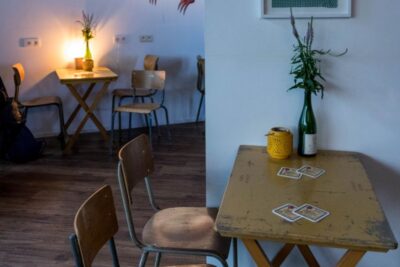 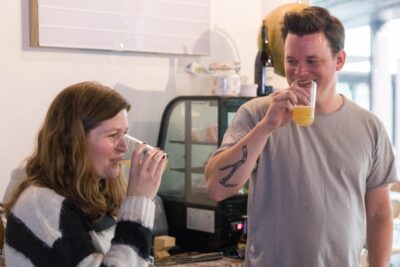 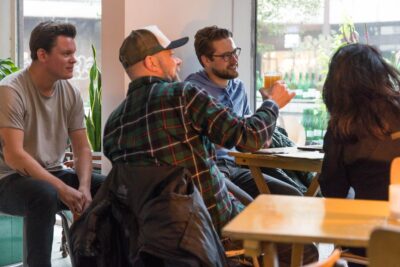 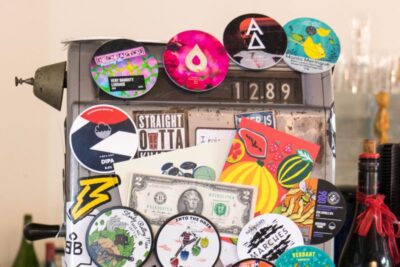 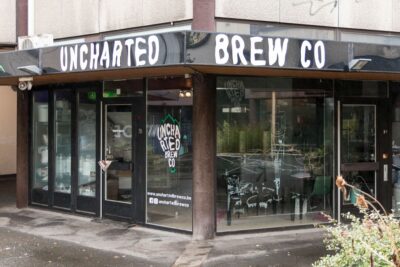 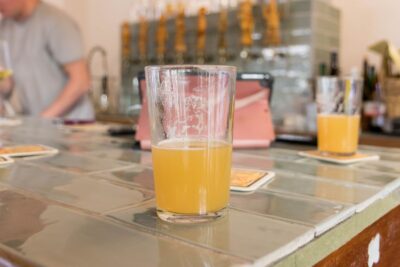 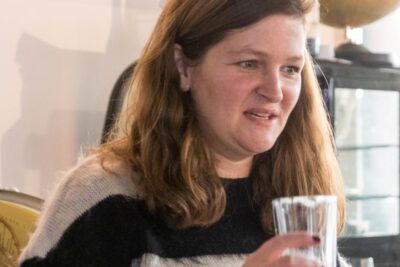 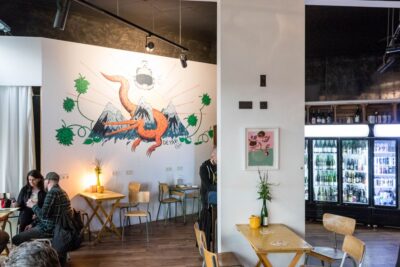