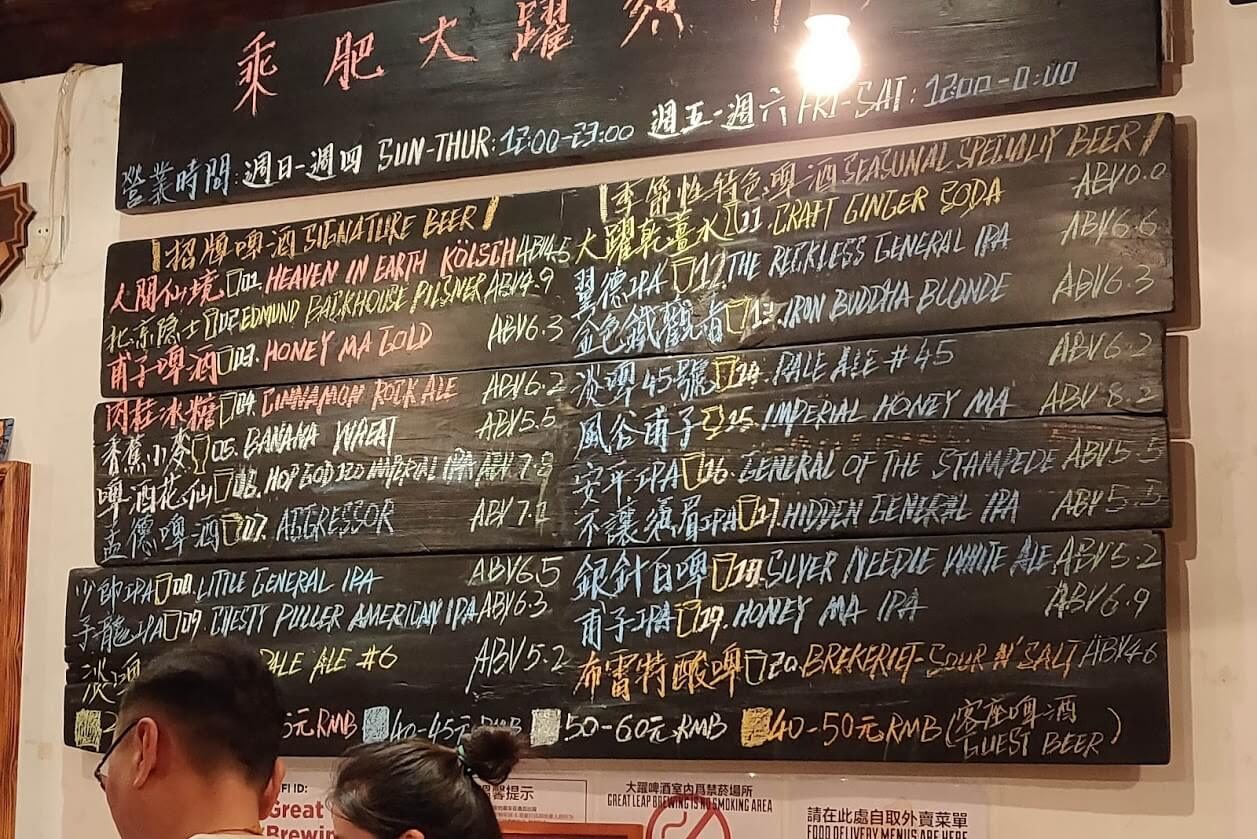 Does Beijing have microbreweries? Why yes, yes it does! This really surprised me when I started researching my trip to China. One of my evenings  in Beijing I went to visit three of those breweries, the biggest of them is Great Leap Brewing and I visited their bar with the inspired name Great Leap Brewing #6.

This brewery also was at Planet Oedipus Festival in Amsterdam in 2017 and 2018. They have two pubs in Beijing, this one is located  in the Dongcheng district. The other location also serves pizza but this pub only has beers, a grand total of 20 of their own brews on tap.

The location is just one block away from a crowded shopping street in this district. It has a big outdoor area but a pretty small and narrow indoor area with the bar. As I was visiting the place alone I was aiming for a seat at the bar. At first there was no spot free but after a beer there was one free. The bartender started talking to me (in fluent English) about the beers and where I’m from. Great, this is the kind of atmosphere I’m looking for in a craft beer bar!

I started with a Silver Needle White Ale, a pretty basic Golden Ale, nothing exciting. Next up was the Hop God 120 Imperial IPA, a good hop explosion but not as over the top as the name suggested. To finish I had the Little General IPA, a Chinese style IPA. Filled with flowery aroma hops but not much bitterness.

The crowd was mixed with locals and expats, both bartenders spoke English and the beer is pretty good for China. 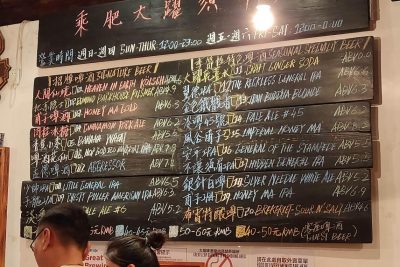 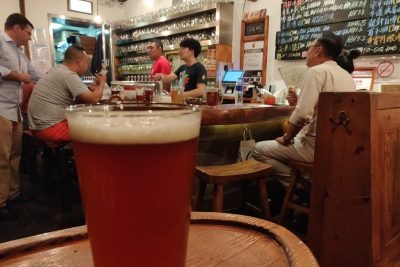