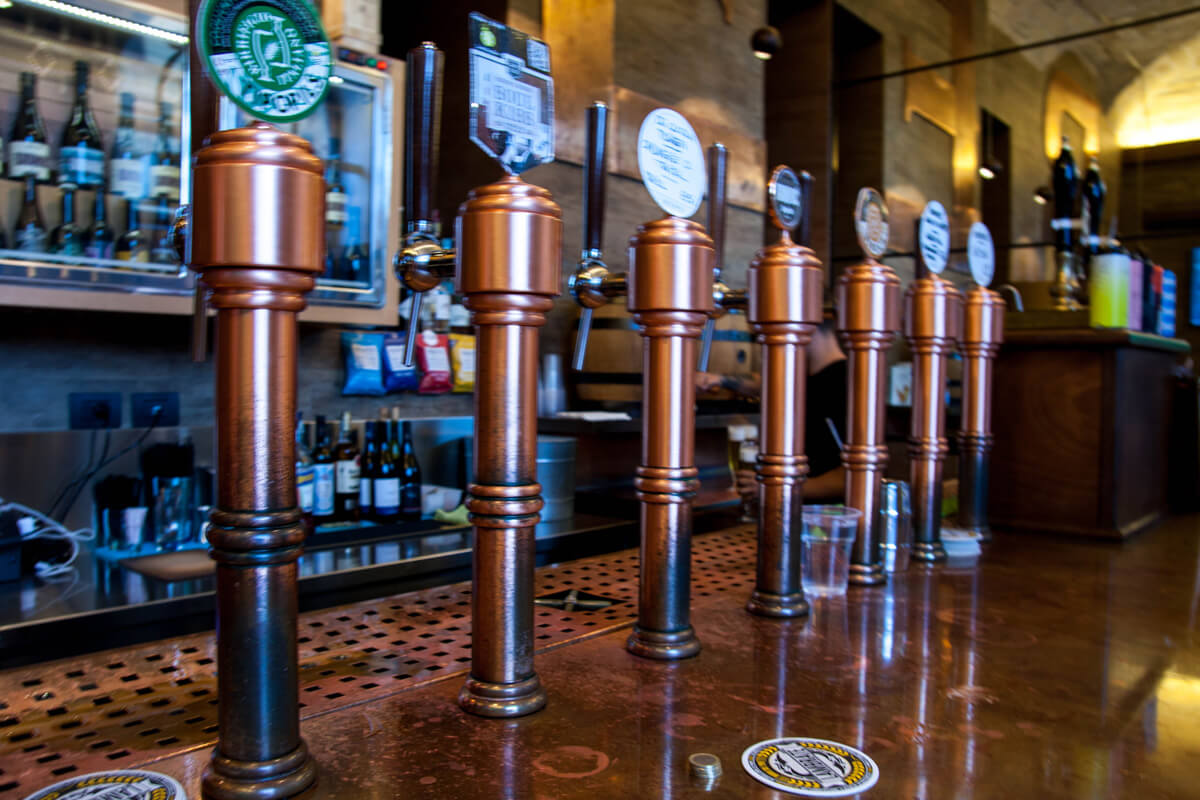 It’s time to complete ‘the trilogy’ of bars by Manuele Colonna in Rome. I’m talking about Be.Re which fits in a niche between his other two places (Bir & Fud and Ma Che Siete Venuti A Fà). There’s Roman sandwiches called trappizzino available here and with 21 taps there’s plenty of beer to choose from.

Honestly, it took me way to long to figure out that Be.Re stood for Beer.Restaurant, guess I’m a bit dense. The place is located very close to the Vatican which makes it a perfect place to go after visiting the Holy City. All that art and opulence can make one thirsty you know!

From what I found out they teamed up with Roman restaurateur Stefano Callegari for this place and honestly, those simple triangle shaped sandwiches are quite delicious. In my case I had the daily special which at the time was and oxtail trappizzino. It was awesome!

From the street it looks like the place just has the craft beer bar (with a lot of copper) and the sandwich bar but looks are deceiving. Upstairs you can find not only the bathrooms but also a location for bigger groups.

I always prefer sitting at the bar when possible though and talk to the bartender. In this case I had a great time talking to my host of the day who is passionate about beer and clearly enjoys working in a place like this. This just makes talking to someone that much more fun although I hope I didn’t distract him from his work too much.

So three bars and all of them are good, what can this Manuele Colonna not do? 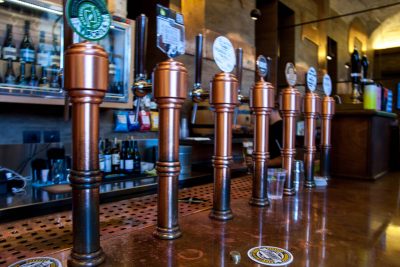 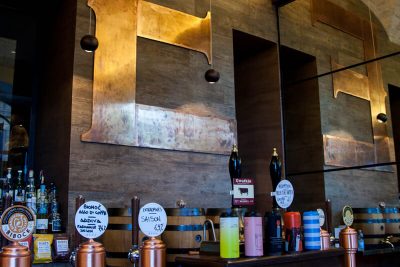