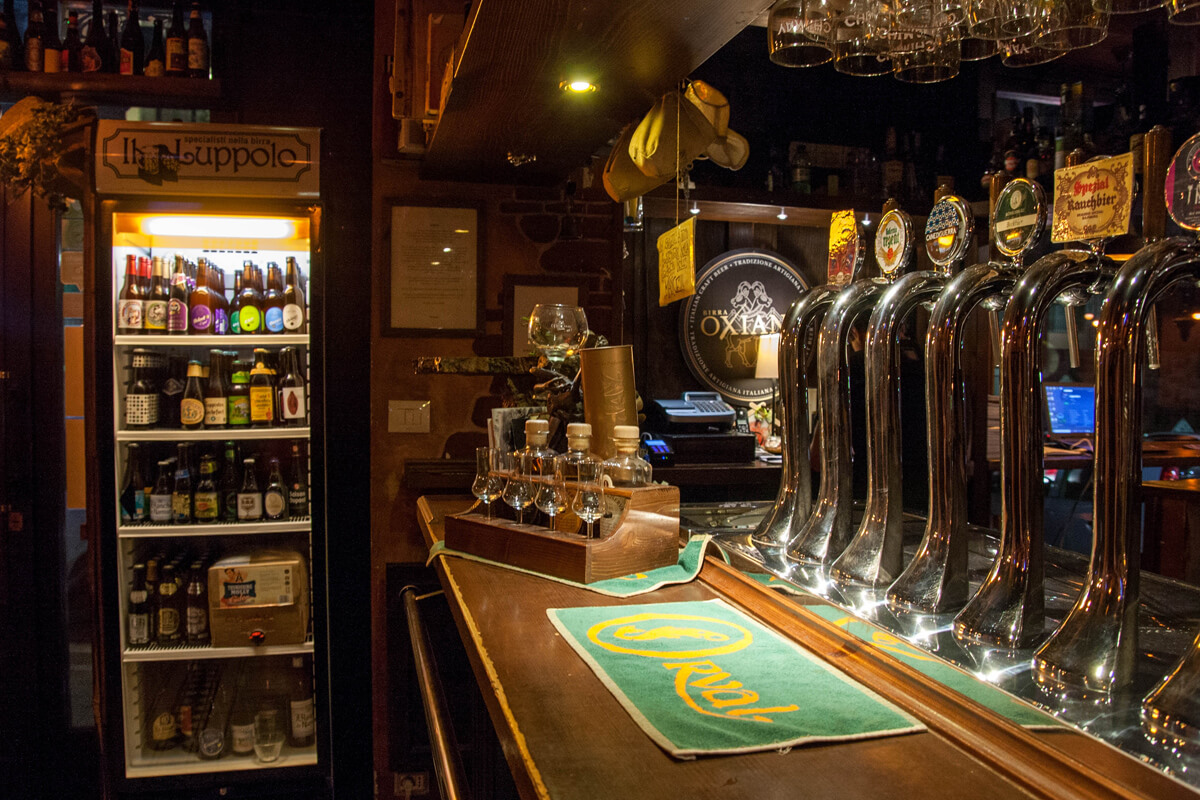 There are actually two Birrifugios in Rome. One is located in Ostia, the other in Trastevere and it was the latter I visited during my stay in Rome. It’s a cosy place just off the main streets in Trastevere, far away from most tourists. Not far enough to be safe from me though!

This means that the place mostly gets visited by locals and the evidence was there when I visited and took my spot at the bar. Quite a few families seemed to be dropping by for dinner. I decided to order some food a well but I have to say the pasta I had here was not the best. This could just be because I liked the Pasta all’Amatriciana of the typicial Roman pasta dishes the least so don’t take this as me saying the food is bad here, it’s not.

Decoration wise it looks like a typical English pub (or is it typical Italian as well?). Lots of wood and leather and some friendly people behind the bar. There aren’t a lot of taps but I did get to try a tasting of all of them. The beer was a bit disappointing to be honest, what they had on tap was ok at best. I didn’t try anything from the fridge since I was moving on to the next spot to visit. There did seen to be some good stuff in there though!

Last I also want to mention the beer themed design of the washroom where the sink is a keg and the tap gets turned on with a tap handle. It’s a cute touch in a cosy Roman bar that does seem to take their beer seriously to some level, just get some better beers in there guys! 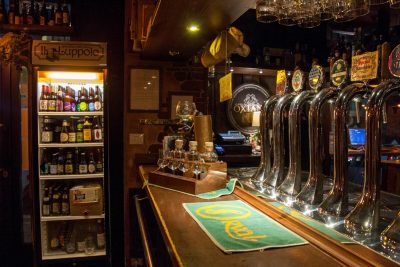 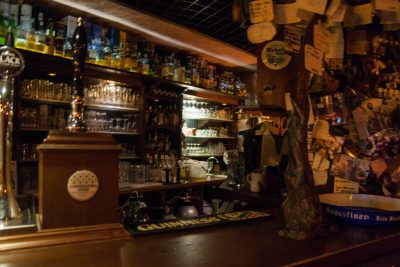 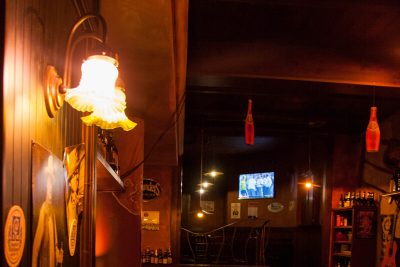