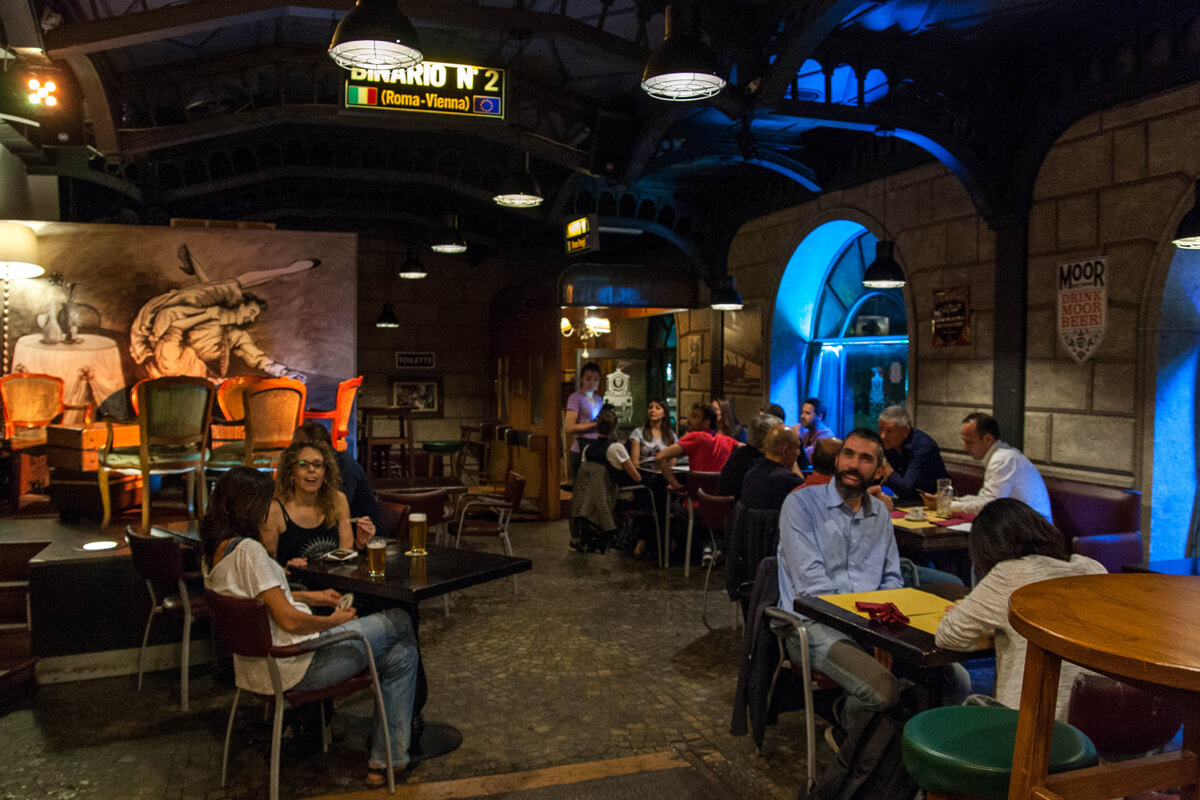 Ever wanted to visit a train station themed bar? Well, not far from Trastevere station there is actually such a place to enjoy some craft beer and it’s called Luppolo Station. For those unfamiliar with Italian (and I am, I was told this fact) Luppolo actually means hop so yeah, this is a hop station.

This place is nicely decorated with comfortable seats and sofas strewn about the place. I sat at the bar though where I could easily see what they had on their 20 rotating taps. Unfortunately no beer flight to try them all here but I came here twice so I still got to try quite a few, most of them during my dinner trip.

First time I came here was for lunch though and during that time the place was quite empty, turns out I was there just after the rush. Luppolo Station gets mostly visited by locals especially during the day when the nearby businesses and workers get lunch here. I had some chicken and potatoes for lunch and honestly, not the best lunch I had.

When I came back a few day laters for dinner (and to try more beer) the meal was a lot better. I had a really nice and tasty Pasta Gricia (one of the signature pastas of Rome and the one I ended up liking most). This turned out to be one of the best meals at a craft beer bar I had in the city.

They project their menu on the wall which makes it sometimes hard to see and when I visited they weren’t on Untappd yet with their menu, they are now though! As with a lot of places in Rome some beers are on normal taps and some (like a nice porter I had) are on handpumps.

There’s also a fridge with bottled beers and some looked really interesting. They have a decent amount of Belgians and a few Italians. They can get expensive though so I decided against buying any of the bottles but I would if I ever visited Rome again. 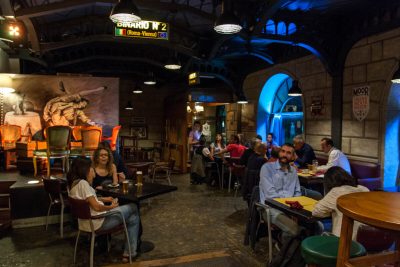