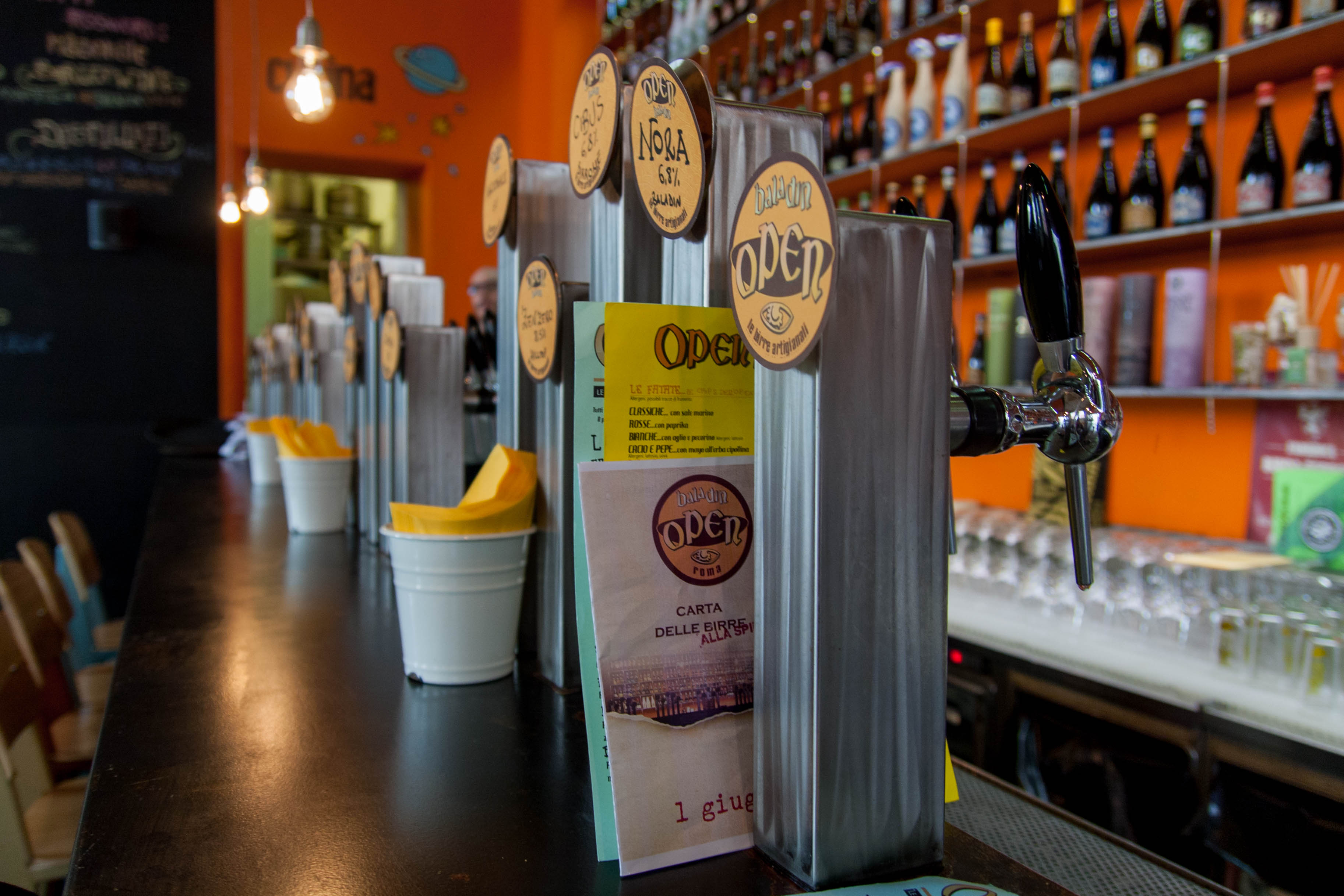 This is another well known craft beer bar in Rome. Perhaps not as famous as Ma Che Siete Venuti A Fà but still pretty well known. It was opened in 2009 (so at the moment of writing getting close to their 10 year anniversary) and has been a mainstay in the Roman craft beer scene ever since.

This place is quite big and there are areas I still never saw anyone use even though I visited it three times during my vacation in Rome. The main area with the bar and tables is packed in evenings though so if you want to have dinner here and it’s in the weekend a reservation is recommended.

They have over 40 taps and they’re a mix of the regular Baladin beers and guests and those rotate regularly. The people behind the bar are friendly and knowledgable and more than happy to help you out if you need help making a choice. For me the best thing was that they offered beer flights of either 3 or 5 glasses which meant more chance to try as many beers as possible!

As far as the food goes they are not bad either. I had a burger with some home made potato chips and both were very tasty. The amount of chips though is a lot, I recommend sharing because if you combine it with an actual meal it ends up being a lot of food on your plate!

I had some good interactions with the bartenders during my visits and by the end they were either sick of seeing me again or sad to see me go, I don’t know which one but let’s hope it’s the good one! 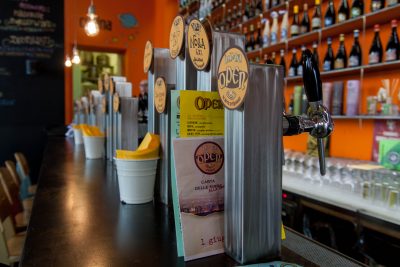