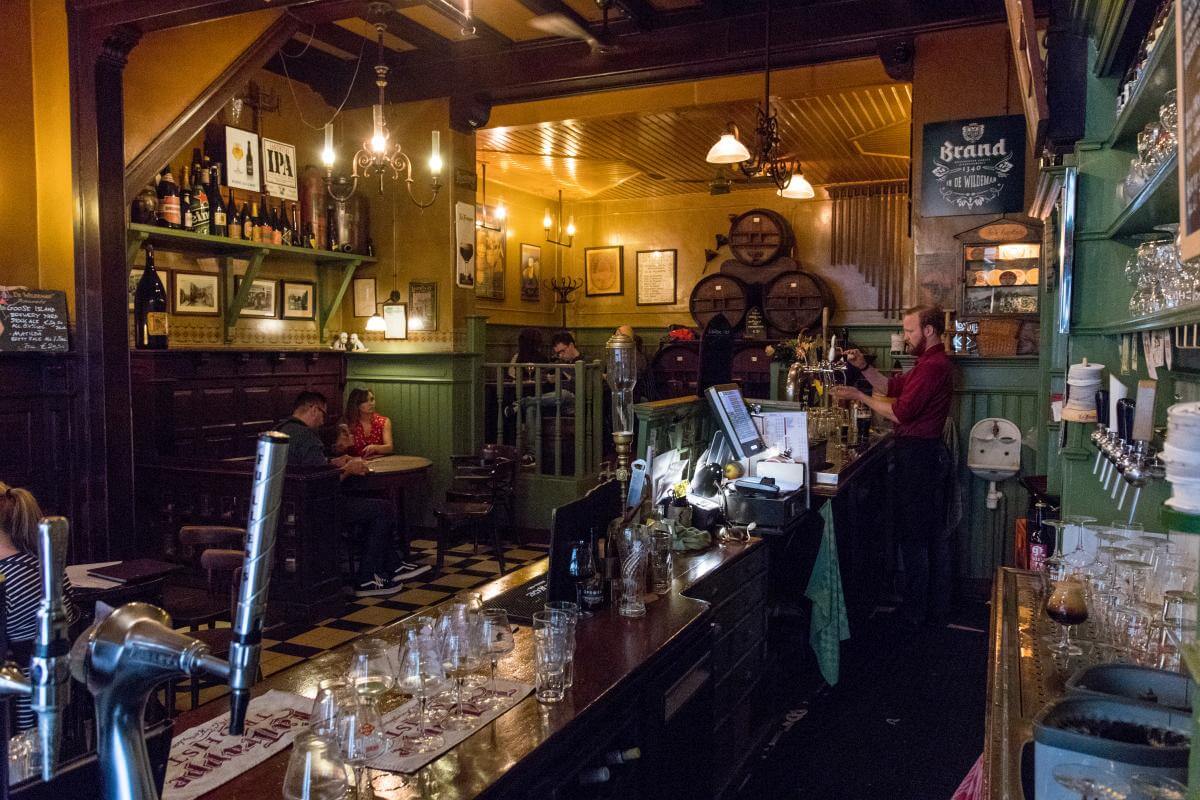 Just outside of hustle and bustle of the main (very touristic) streets of Amsterdam you can find one of the oldest beer bars in the city. Bierproeflokaal In de Wildeman has been a staple of the craft beer scene in the capital of The Netherlands since 1986 and today it’s time for me to recommend it to you.

The history of Bierproeflokaal In de Wildeman starts with the history of the building since it housed a distillery from 1690 to 1970. You can see a lot of that history in the interior but I’ll discuss that separately. The name itself refers to the myth of ‘De Wildeman’ and stands for strength and purity when used in heraldry and other imagery. Rather fitting for the strong liquor that used to be made here.

The real history of this bar starts in 1986 though when Henk Eggens, one of the founders of Gollem, left to start a new bar. This makes Bierproeflokaal In de Wildeman one of the oldest beer bars in Amsterdam. It’s one of the founding members of the Alliantie van Biertapperijen (ABT) which I already discussed in my article about Bierspeciaal Café De Paas.

The current owner Simon Fokkema started working here about 20 years ago which means he’s been there for most of the bar’s life. In the past few years he’s gradually bought out the old owners and since January 2019 he now fully owns Bierproeflokaal In de Wildeman. It took about 6 years but that was needed to both give him and Henk time to get used to the idea of someone else owning the bar.

The interior is quite peculiar. The bar actually consists of two separate rooms connected by a narrow passage and a bar for the staff. That is unless the doors are open as they would be on a nice day which would lead to two entrances for Bierproeflokaal In De Wildeman.

This strange layout is part of the building’s heritage as a distillery. The main room was the tasting room complete with what is still the counter of the current bar. It’s low and you can’t sit at it. This was the practice back in the day and people drank standing or sat at tables. The low bar is similar to what I described at Foeders.

There are still plenty of signs of the past if you look closely. There’s a small window above the bar where the owner could look down on the people below and a lovely mosaic adorns one of the walls. That mosaic was made in 1940 for the 250 year anniversary of the distillery. Since 1990 around the same time of the year as this celebration Bierproeflokaal  In de Wildeman organizes a ‘Dutch Beer Week’. Pictures of the distillery adorn the walls as well.

There is a lot of wood in the interior as you can see in the pictures. Benches and chairs adorn the place. Stairs lead down to the toilet and above it there are old glasses on display. There is a selection of older and newer board games, some of which have probably been there since the bar opened. You can honestly spend an evening just looking at all the small details of history in the building. Preferably while drinking a nice beer from tap or bottle.

Outside there’s a small terrace with tables and chairs to enjoy a beer when the weather is good. I get the impression that a lot of people from Amsterdam visit Bierproeflokaal In de Wildeman instead of it being a tourist hotspot. You can see that in the way the staff jokes around with regulars as well.

There are 18 taps available that regularly change except the pilsners from Gulpener and Jever. What’s currently on offer can be seen on signs on the walls and above the entrance. They have the menu on Untappd as well. There are no real beer flights available but all beers on tap can be ordered in smaller glasses. Just make your own selection! That doesn’t mean you can’t get advice from the knowledgeable staff of course. I’m pretty sure they can help you out.

Other than the beers on tap there’s an extensive collection in bottles, 330 at least. You can find beers from The Netherlands, Belgium, the United Kingdom, and many other countries on the menu. These include a few sours as well although most of those are in larger bottles. That menu is basically a big book of beer. Just the kind of literature I like!

There are no extensive meals available but there is some bar food like nuts, sausage, and cheese. Most of these come from local suppliers like De nootzaak Gotjé (for the nuts) and Slagerij de Wit (for the sausages). There are usually some small meals available as well so I suggest just checking out the menu. I did try to see what the current offering of food is on the website or facebook but it doesn’t seem like they have those on there. Bit of minor minus there but I did think I should mention it.

For a more classic Amsterdam beer experience, I wholly recommend Bierproeflokaal In de Wildeman. There’s great beer to be had, the atmosphere is interesting and the staff has the beer know-how and the wit to help have a great evening. Actually, any part of the day would be fine there. I’m not going to tell you not to be there in the afternoon or at night!

As a last little tidbit of information I’d like to mention that Bierproeflokaal  In de Wildeman doesn’t play music (at least not on a regular night). They want people being able to talk and also don’t want the staff to take requests from guests about what they should play. Let the beer speak (and perhaps sing) for itself. 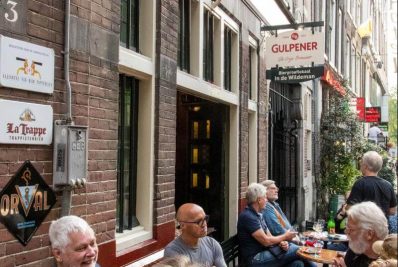 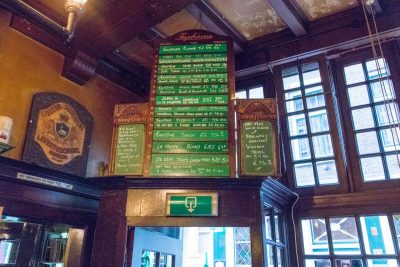 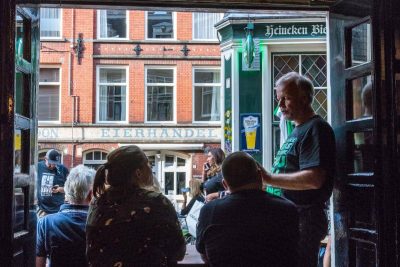 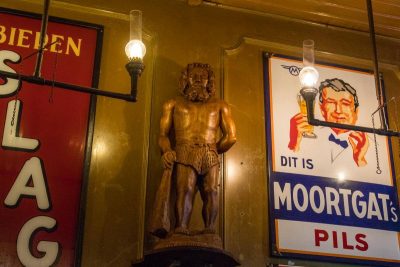 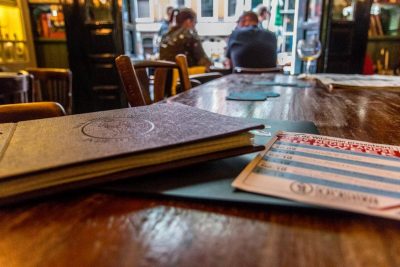 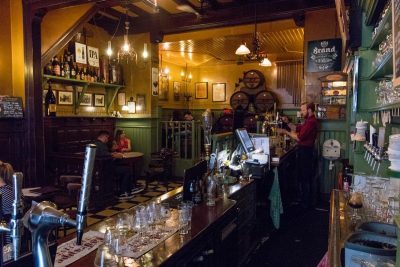 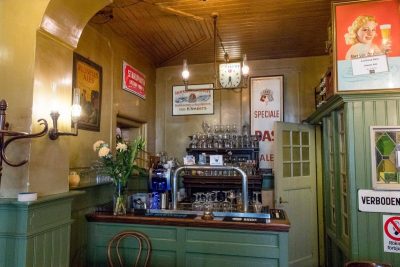 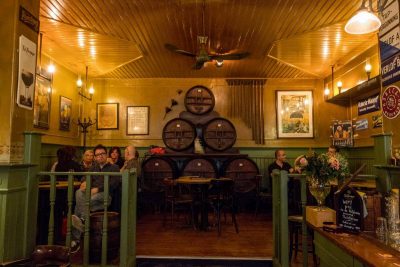 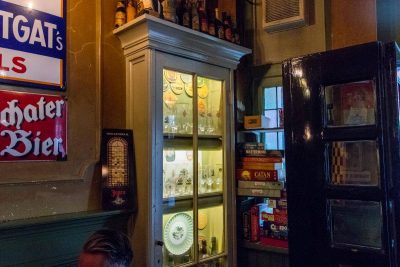 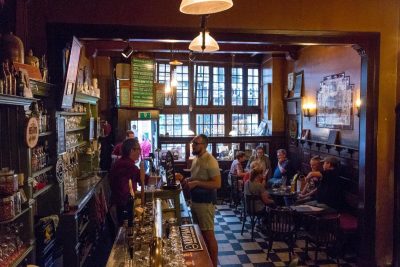 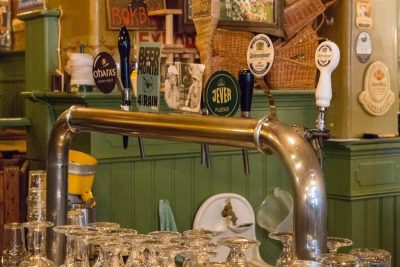 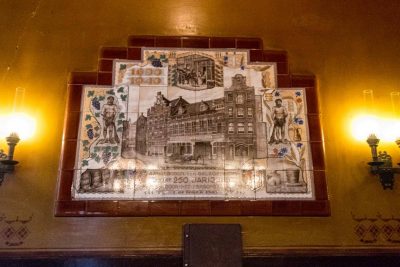