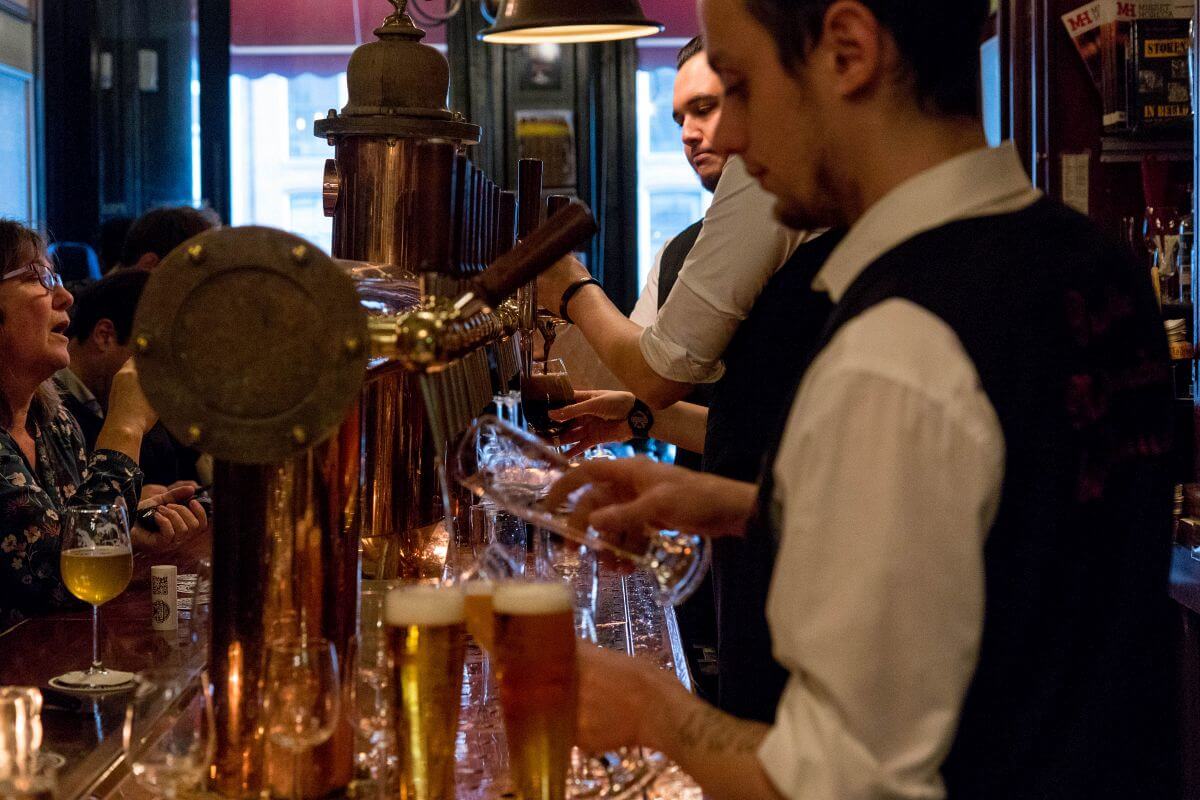 Proeflokaal Arendsnest is, in my opinion, another classic craft beer bar in Amsterdam. It’s the first of the establishments owned by Dutch beer pioneer and entrepreneur Peter van der Arend. He has done many things to promote beer in The Netherlands and in Amsterdam in particular. I will try to tell you about the man and his first bar where he dared to focus on just Dutch beer.

Yes, Peter was a salesman for Ikea, in the business-to-business branch of the Swedish furniture giant. After work he often went for a beer with his colleagues to ‘t IJ and that’s where he got bit by the beer bug. After selling plenty of Billies and Björns (ok, I doubt the B2B side has those names) he got tired of that and he wanted to do something in beer.

At first that was as a hobby by actually founding the North-Holland chapter of PINT (a beer consumer association) in 1995. The professional side seemed interesting as well so he started applying for jobs as a salesman for any brewery he could think of…and got a lot of rejections. One brewery did finally hire him and it was Jopen in Haarlem.

Sounds like he would be happy now, right? He wasn’t quite content yet. He followed beer related courses in The Netherlands and Belgium earning a degree as ‘bieroloog’. Nowadays it’s still possible to do so in Leuven but now you become a ‘zytholoog’ after the original course went defunct but got a reboot under a different name.

After a few years at Jopen (1998 and 1999) it was time for Peter to move on to his real dream, his own bar. He found the perfect location in Amsterdam and partially thanks to an investment from his father he could finally get up and running in the year 2000. Proeflokaal Arendsnest was born!

That perfect location was close enough to the city center so people could find it but just enough of the beaten path that it’s not full of just tourists all the time. You have to go there, you just don’t just come across it by accident. Well, you can, but not while you’re looking for a coffee shop!

The opening actually attracted quite a bit of attention because Michael Jackson would be there. The media ended up a bit disappointed though because they didn’t fact check enough to realize there was a famous beer writer with the same name. I say was because unfortunately, he is no longer with us. I would have been happy to meet him though!

The location has changed a bit since the year 2000 but the upper bar was always there. Downstairs was a separate tasting room (now just a part of the bar you can sit and drink) and other changes have been made during the years. The bar is full of warm wood and copper where you find the staff dressed in elegant clothing (black pants and a black vest over a white shirt). Fun little fact: the wood grain on the paneling is actually painted on. Someone invested a lot of time into realising that!

Right from the start Peter wanted to focus on Dutch beer. This stems a bit from his time as a salesman for Jopen. He discovered he couldn’t get a lot of bars to buy Dutch craft beer. They just wanted Belgian stuff! Well, not in his place! He would focus on Dutch beer. Since 2000 the amount of taps has increased to bring it up to a total of 50 right now together with 2 hand pumps of cask beer. There’s only once been a non-Dutch beer on tap and that was La Chouffe. Peter even announced that he was cheating when he did that.

These 50 Dutch beers vary often of course but there’s always beers from Uiltje and Vandenbroek. I especially want to mention the latter because he makes sour beers in the Belgian Gueuze style. He can’t call them that of course since his brewery isn’t in the Zenne valley but if you visit Arendsnest I really recommend trying some. You won’t be disappointed! There’s also always Gulpener as a pilsner available. If you’re lucky you might even come across a ‘test’ batch from this Dutch brewery.

There’s also the house beers and that’s been the case from the start. Way back in 2000 there was already an amber ale on tap that was made just for Proeflokaal Arendsnest. Since 2015 they’re all from Morebeer, Peter’s own brewery, and all of the beers carrying that name are collabs with other Dutch brewers.

Snacks and other drinks

Many of the other drinks are made in The Netherlands. All the strong spirits are Dutch and even some of the wine. Soft drinks? Dutch! One exception there, the cola is Fritz Kola which is of course German. Still, that one is still a smaller company and not an obvious choice.

The Dutch focus really shines in the snacks department. There are a lot of options for cheese and sausage (I even spotted a sausage made with beer!) to accompany the beer and there’s chocolate that can be served with the stouts. There’s nuts from various local suppliers and that’s a trend with all the snacks. There are the butchers Louman, Vleesch & Co and Van Dooren. Cheese comes from Fromager Arxhoek and Reypenaer. Peter seems to really want to support other local businesses through his own if I go by this snack menu.

At the time of writing it’s the 20 year anniversary of Proeflokaal Arendsnest. That’s two decades of memories, two decades of promoting Dutch beer. This has earned Peter van der Arend a few awards along the way. Among them PINT‘s ‘Gouden PINT’ and ‘meest markante horecaondernemer’ in Amsterdam, both in 2005. The latter loosely translates to ‘most remarkable entrepeneur in the field of bars, hotels and restaurants’.

After opening Proeflokaal Arendsnest in 2000 Peter van der Arend opened three other bars in Amsterdam. Those are BeerTemple in 2009, BEER loves FOOD in 2015 and Craft & Draft in 2015. I might get to writing about those other bars at some point. For now I recommend the original, the first, the start of Peter’s beer empire. Pay a visit to Proeflokaal Arendsnest next time you’re in Amsterdam and you’re in the mood for Dutch beer. 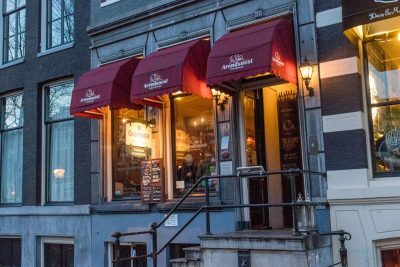 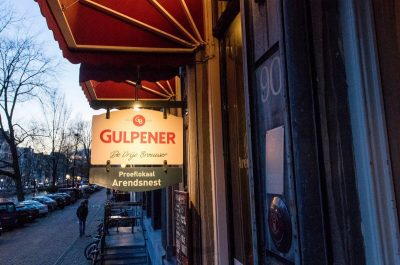 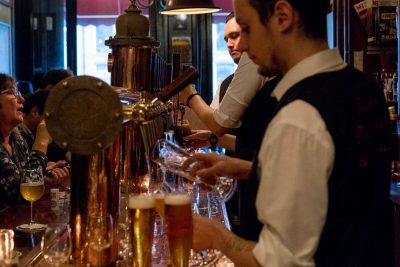 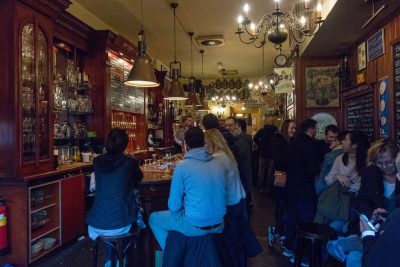 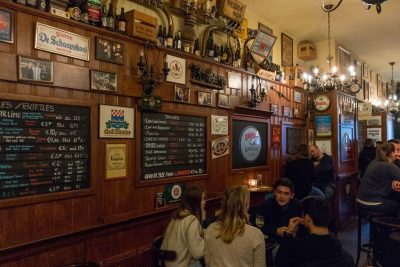 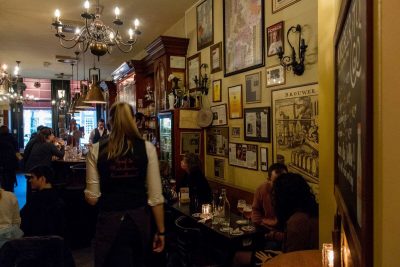 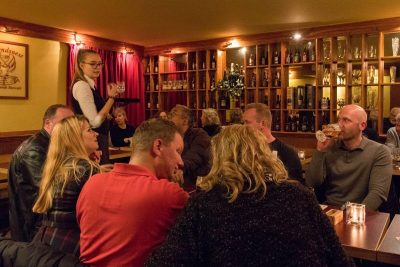 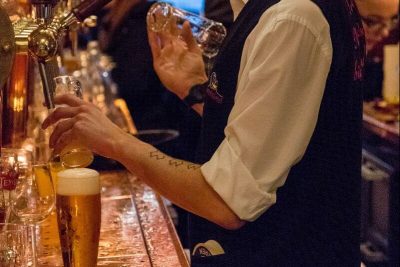 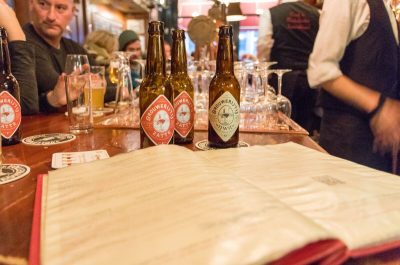 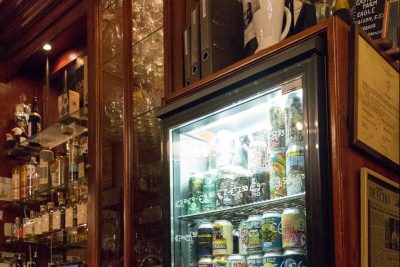 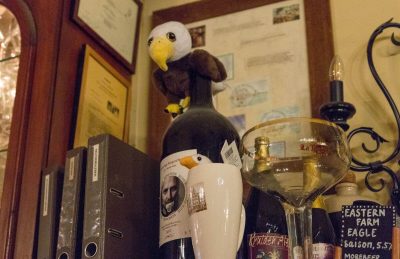 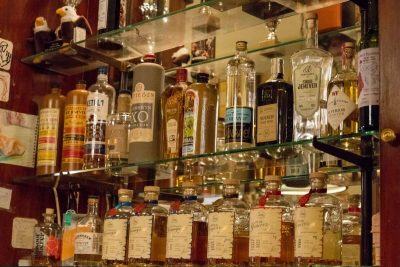 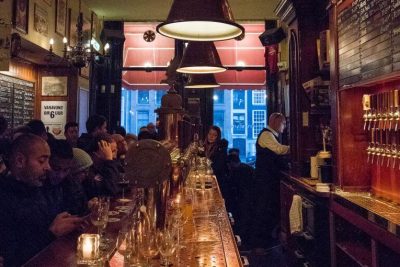 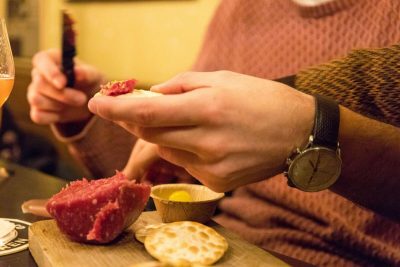 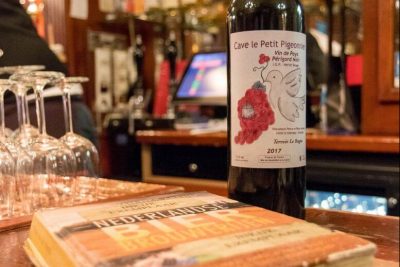 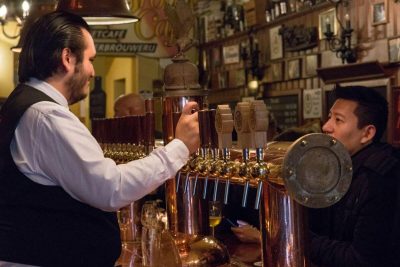 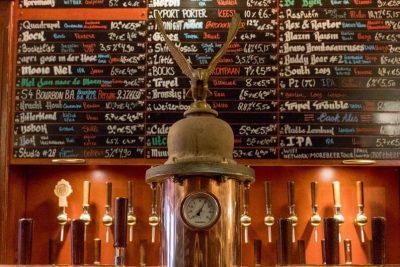 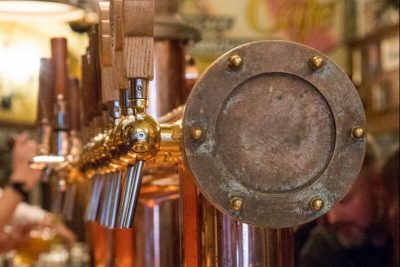