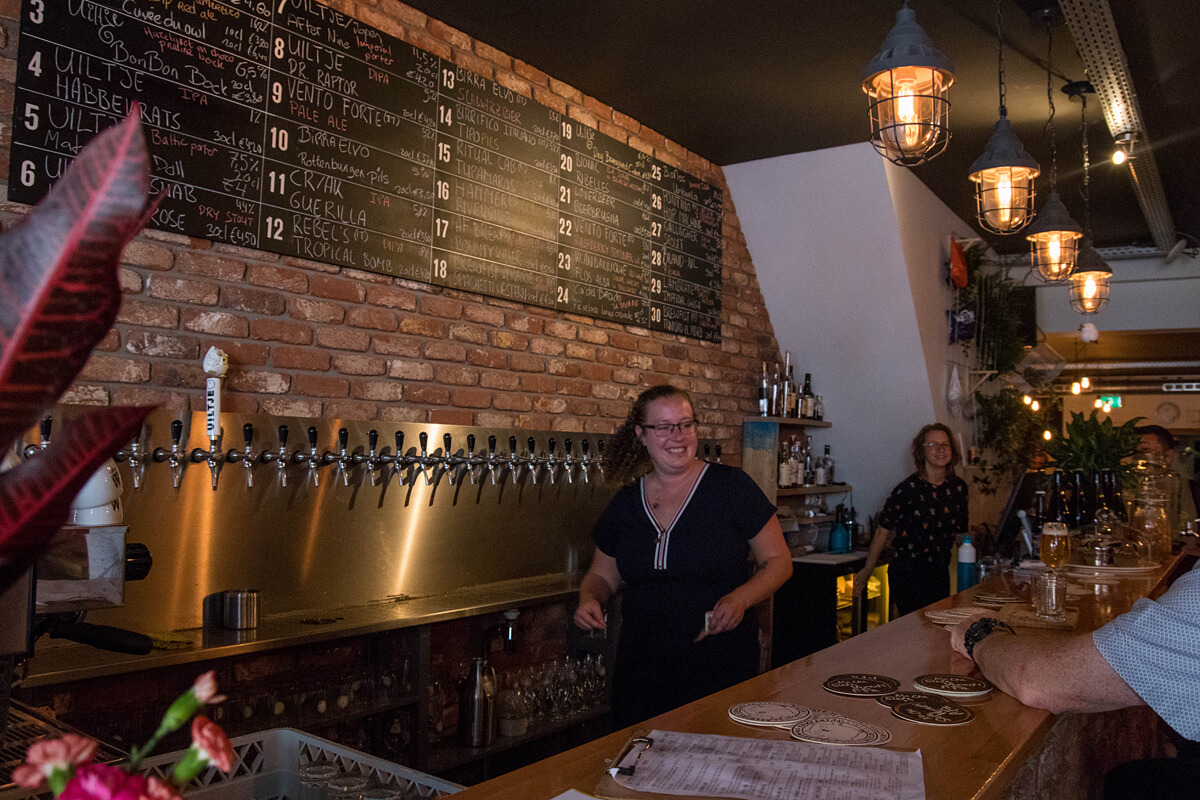 One of my favourite breweries in The Netherlands is Het Uiltje or as they renamed it to sound more international Uiltje Brewing Company. Their logo is a little owl (which got a bit more animated in it’s later incarnation) and in 2015 they opened their bar in the city of Haarlem. Later they also opened a taproom at their brewery but I’m going to focus at the aforementioned bar.

The occasion for me taking a train and travel to Haarlem was actually a tap takeover of Ma Che Siete Venuti A Fà, a bar in Rome I visited only a few months prior. I jumped (well, rode a train) at the opportunity to experience some more Italian beer and a visit to this bar was long overdue anyway, I hadn’t been there in years!

It’s completely doable to reach this bar from the train station, it will take you about 10 to 15 minutes to reach this little beerspot. Haarlem itself actually has a lot of decent bars and I recommend checking others out as well.

Other than beer they offer bar snacks, cheese, charcuterie and some awesome, very packed and very tasty toasties. I would call them grilled cheese sandwiches but there’s so much going on there than just cheese. Just try them, you won’t be disappointed!

The main event is still the beer though and with 30 on tap and more than 120 bottles I’m sure you will find something you like. Some of the stuff on tap is their own and some are guests. atleast normally. At this date almost everything was guest due to the abundance of Italian beer brough by Ma Che Siete Venuti A Fà. In the end I actually talked quite a while with their representative and he said he actually remembered me from my visit in Rome. That’s amazing! They must have so many people coming and going in that place!

The regular staff at Uiltje Bar has to be commended as well though. They have a lot of beer knowledge walking around there with some beer passion on tap. Perfect for a place like this!

For me personally (other than the beer) the best thing I like is that Uiltje offers beer flights in their bar and you know how much I love those! There’s just something about being able to try a lot of beers without getting very drunk that appeals to me. This bar is just appealing in general. 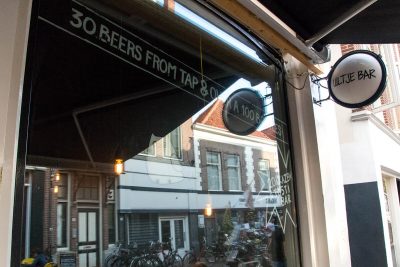 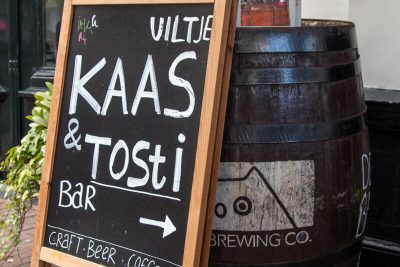 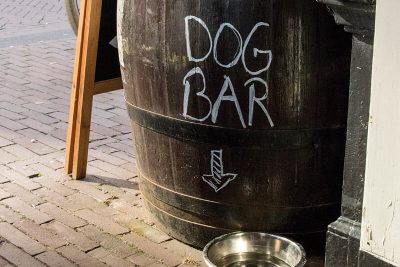 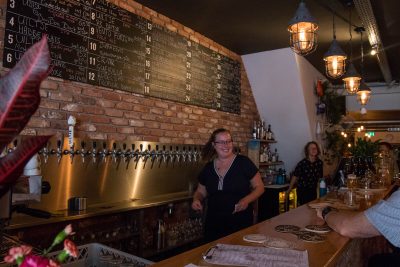 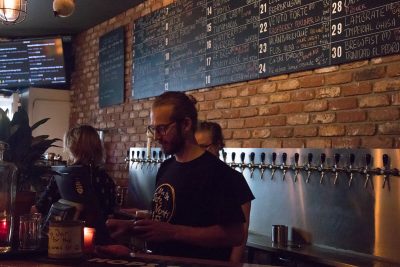 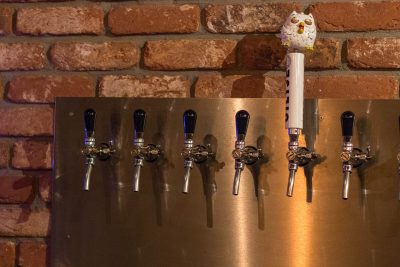 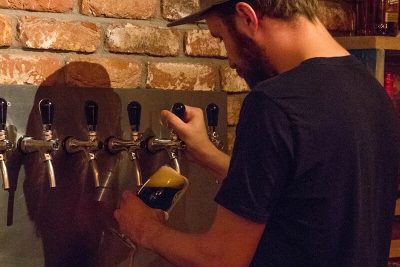 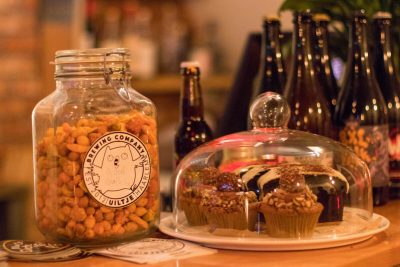