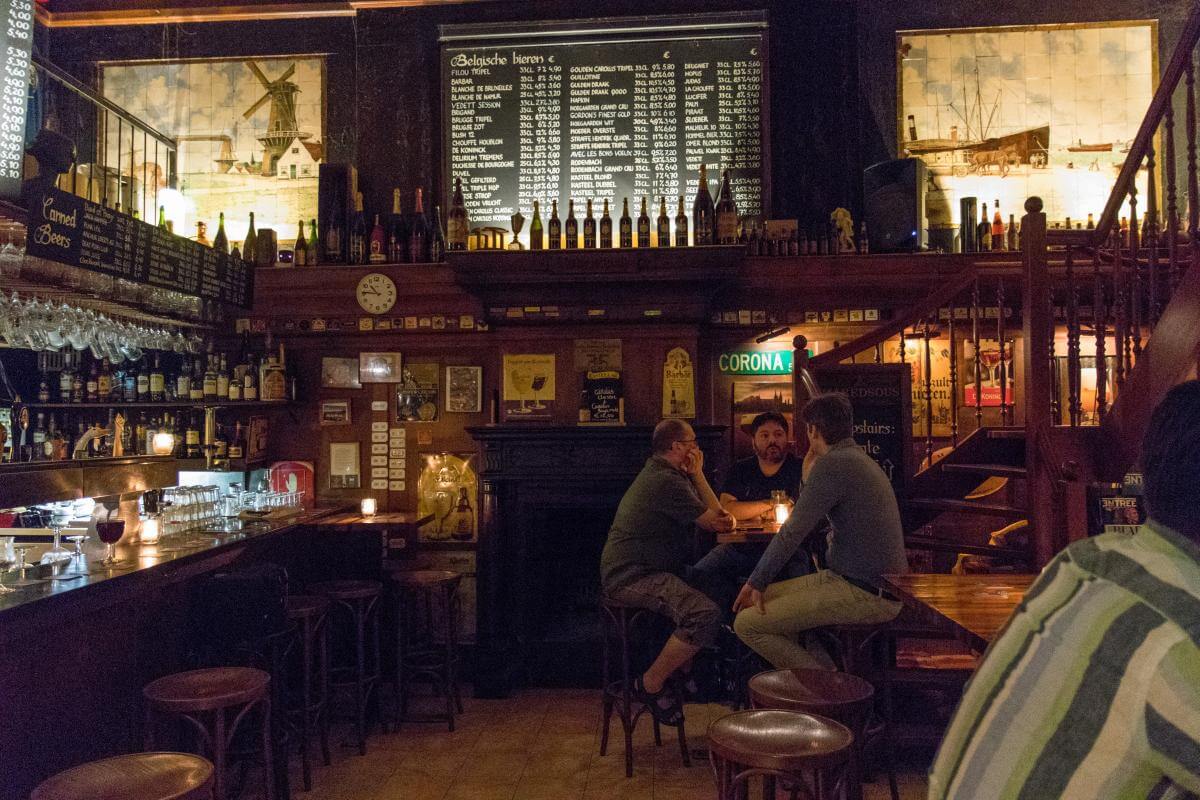 I am a bit more familiar with Locus Publicus in Delft but there is a similarly named craft beer bar in Rotterdam, completely unrelated to each other. Confusing? A little bit perhaps. I did get a chance to visit Bierlokaal Locus Publicus in Rotterdam after attending a beer festival and there wasn’t anything in Rotterdam on this site yet so why not change that?

This bar opened way back in 1977 across the street from the current location. It wasn’t primarily focused on craft beer back then of course but almost no bars in The Netherlands were back then, it was mostly about Heineken (and unfortunately it still mostly is). They moved to the current location in 1988 and have been a mainstay in Rotterdam ever since. It’s founder was beer icon Harry van de Wiel who also owned Stadsbrouwerij De Pelgrim. Unfortunately he died after illness back in 2011.The current owner of Locus Publicus and Locus International is Jasper Swartjes.

If you look at the staff and even the clientele you might notice some young faces. Students perhaps? Well yes. This bar is located close to an area of the city where a lot of students live both the people working and visiting here include a lot of students. It’s one of the reasons they try to keep the beer affordable. There has to be a balance here between good beer that they can sell. You won’t find the rarest of the rare here because only a few people would buy it. I find that a bit disappointing but as a business owner myself I can respect it.

That doesn’t mean there’s never anything more rare available! Sometimes there are older bottles or older kegs and I actually tried an aged Boon Kriek myself this evening. There’s also a clear support in the collection for smaller local breweries like Brouwerij Noordt, Vet & Lazy, Brouwerij De Kopstoot and The Goat Craft Brewing.

How much beer do they have anyway? Well, there 15 taps with Guiness and Jupiler as fixed beers among these. These other 13 change regularly and there are at the moment 230 beers on bottle. The beers on tap can be ordered in smaller glasses (called a fluitje proeverij) for €3,50 but there are no beer flights available. It’s always possible to have a taste of something on tap though!

The interior is quite pretty with lots of wood and old details from back when this building was a location of the old Dutch chain of grocery stores called De Gruyter (which was big in the late 19th until some way into the 20th). They were known for their remarkable architecture and decorations and you can still see a lot of these details in this bar and at the other former locations of this company. It makes for a nice location to enjoy a beer in for sure, either inside this old building or in front on a corner of a street in Rotterdam. 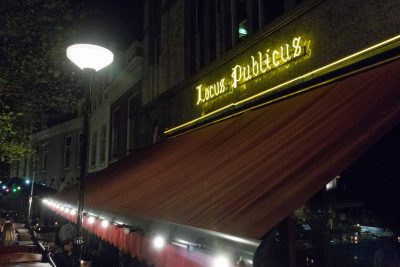 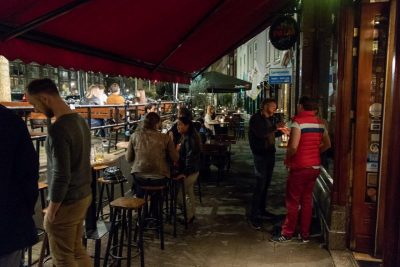 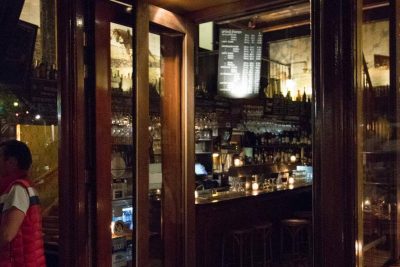 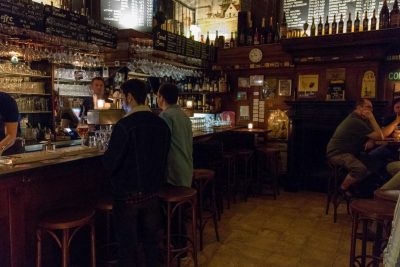 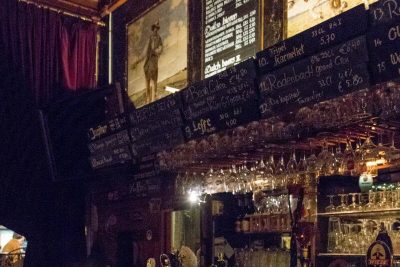 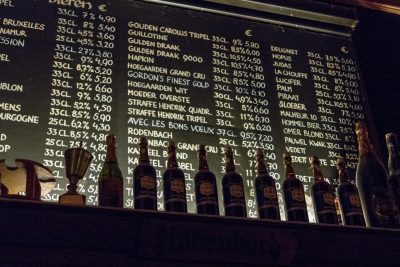 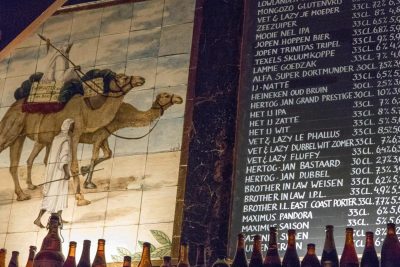 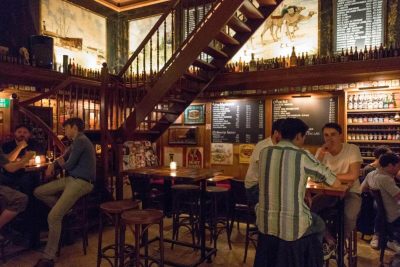 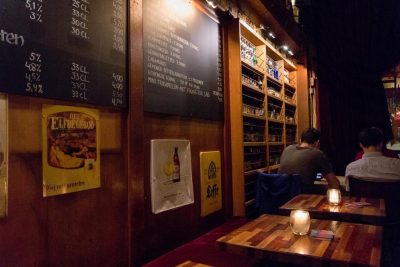 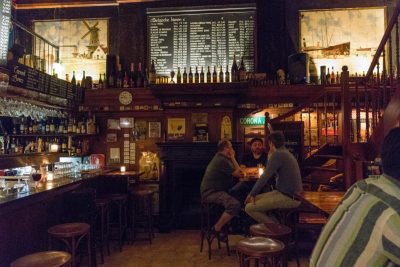 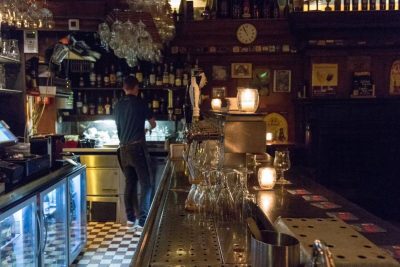 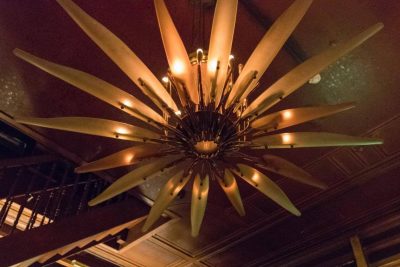