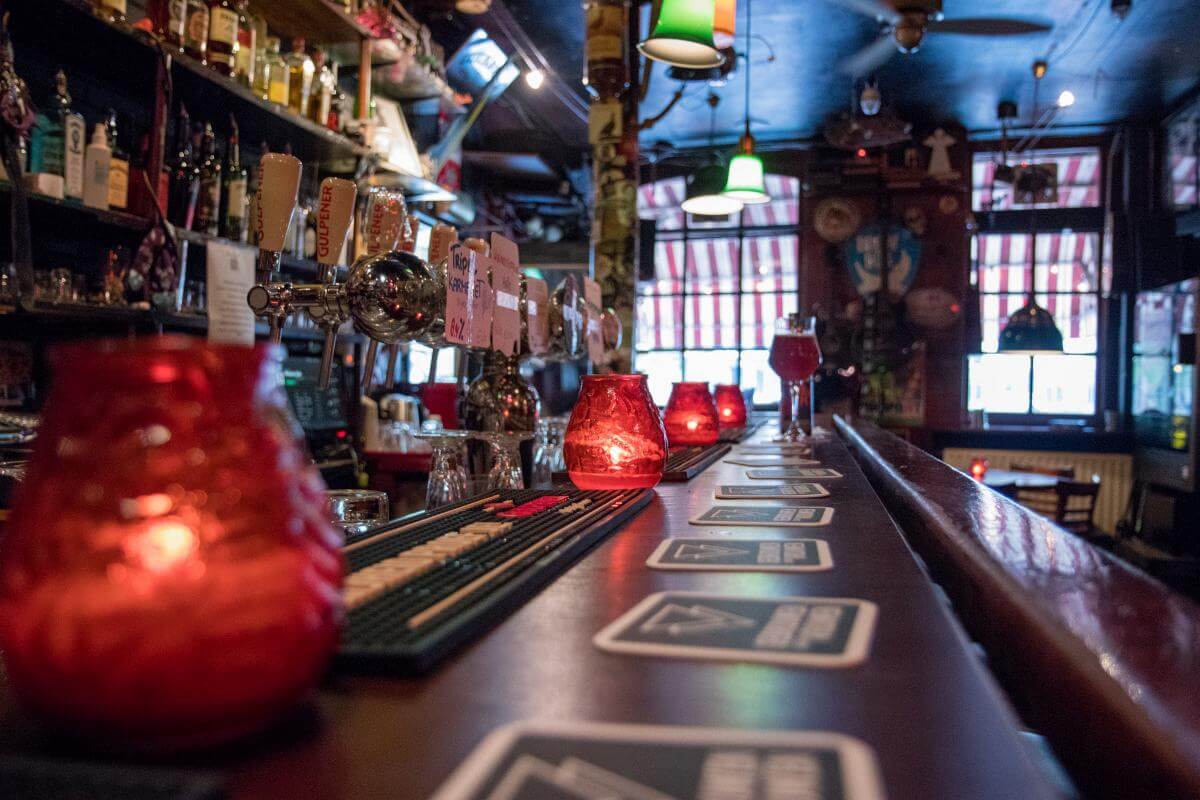 Sometimes I have the chance to spotlight a lesser known bar or brewery. I did so with Stavio in Rome and today I do so with Proeflokaal De Riddert in Rotterdam. Located in walking distance from Rotterdam Centraal you’d think it would be more well known among craft beer geeks but it’s a place that’s easy to miss. Why is that? Time to take a look at this little bar.

The location and some history

As mentioned this bar is withing walking distance from Rotterdam Centraal, about 10 minutes I’d say. When I walked there though I missed the entrance at first and had to look up the address again. This is because it shares an entrance with a restaurant called the Tapas Club and it’s that name that’s above the initial doorway. The windows of the bar and the tables and chairs in front gave me a clue though so I could finally enter.

Why this weird kind of entranceway though? Well, the building used to be completely part of S.S.R.-Rotterdam, a local student society. While they still have space upstairs for offices and such other parts of the building are now De Riddert and the aforementioned restaurant. The room that is nowDe Riddert actually was transformed into a bar for the students when the building was still completely in use by S.S.R.-Rotterdam. This leads to the strange hallway you have to enter first to get to the bar or the restaurant. It just used to be an actual hallway of the building.

Now, these changes aren’t that recent. S.S.R-Rotterdam was established in 1918 and the bar itself celebrated it’s 50th anniversary in 2018. That means of course that this bar has been there since 1968. It hasn’t always been focused on craft beer of course. That happened in 2010 when Willem van den Broek bought the place from Martin Jonkers and coincedentally aded the extra t after ‘De Ridder’. He later opened up De Faas as well but perhaps I will discuss that place at another time. On a sadder note Martin Jonkers suffered a stroke around the 50th anniversary celebration which was noticed when he didn’t show up for the party. He passed away in 2019 and is missed by the older regulars.

Another established visitor that is missed is Eddy Elsdijk. A local poet and ‘nachtburgemeester’ who dropped by regularly with plenty of stories and the kind of charisma that just drew people to him. After his passing in 2018 he got a permanent spot in the decor with a picture behind the bar and Willem even took in his cat.

After you enter Proeflokaal De Riddert you immediately see why they lay claim on being the smallest craft beer bar in Rotterdam. It is indeed quite tiny. The hallway is used to store kegs and while I was there even the tapsystem connected there. That was temporary according to the staff though, usually the taps connect to the basement but there was work being done on that so for the moment this was the solution.

Good weather means more space for this small establisment as that means people can sit outside. I’m sure this makes a huge difference because I expect that it can get really hot inside when it’s crowded. It does get crowded! I dropped by again for one last drink after a beerfestival and the place was pretty packed. The clientele is divers, young, old, real ‘Rotterdammers’ and expats. I could keep going with all the different kinds of people that drink here but you get the point, all are welcome.

As expected from a bar with a long history there’s a lot of dark wood. Doors? Floor? Walls? Bar? All dark wood which does make the place a little bit gloomy as far as lighting goes. The walls are full of pictures of famous musicians and strangely enough dinosaurs. Yeah, Willem seems to love dinosaurs and you can find them all over the bar. I think he’d love the taphandles they have at Stavio.

The whole beer menu is on a chalkboard behind the bar. Somehow they crammed 6 taps in the small space with the pilsener of choice being Gulpener. The other 5 taps change regularly, sometimes even daily as there’s often just one keg of a beer available and if the people like it it can be finished quite fast.

There’s clear support for local breweries if you look at the menu. Rotterdam specifically but Zuid-Holland in general. The beer gets served in their own glasses, well, glasses branded with the name of De Faas.

You can get nuts as a snack with your beer or other beverage but not much else as far as food goes. With 20 to 30 bottles of single malt whisky lining the shelves the lover of the stronger stuff is in the right establishment too. If you’re lucky you will also get a shot of Salmari when the staff (most likely Willem) calls that it’s ‘time for shots’. This salmiak liquor is an acquired taste for non-dutchies I think but if you like salty liquorice you will love it.

I already talked about all the musical pictures and paraphernalia lining the walls. This isn’t by accident. Proeflokaal De Riddert is not just the smallest craft beer bar in Rotterdam, it might also be it’s smallest music venue. There are regular performances by local musicians and there are jamsessions anyone can join. You can look at their Facebook page to see when the next event takes place.

Every person behind the bar also has their own playlist. The type of music you will hear will depend on them so you might up with a favourite bartender just because of the music they choose.

Proeflokaal De Riddert is easy to miss but when you find it you can have a great time. One thing I think the lack in is marketing though, at least as far as the beer goes. The website is pretty much non-existant, they don’t use instagram and the beers don’t get promoted on Facebook. There is also no use of Untappd and if you look in Google for ‘craft beer bar in Rotterdam’ you won’t find it either. I hope I can contribute a bit as far as marketing goes with this article. De Riddert deserves to be more well known! 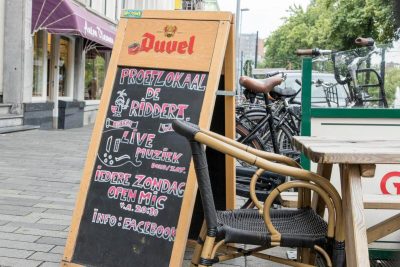 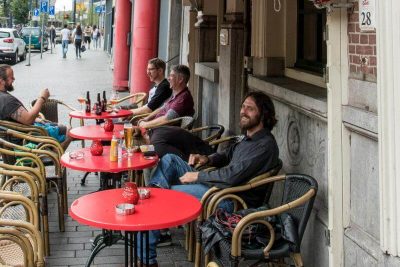 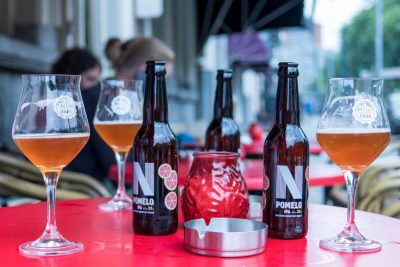 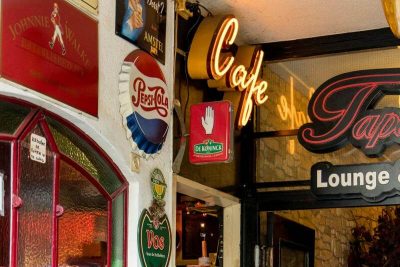 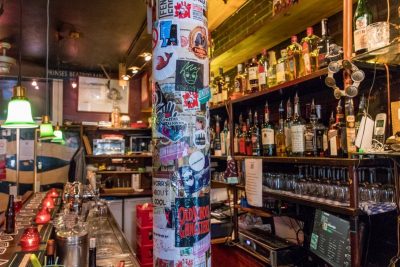 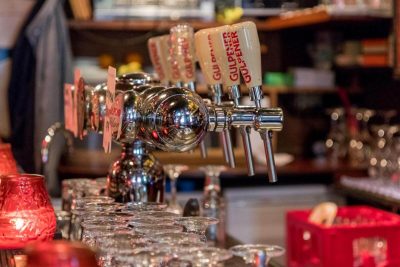 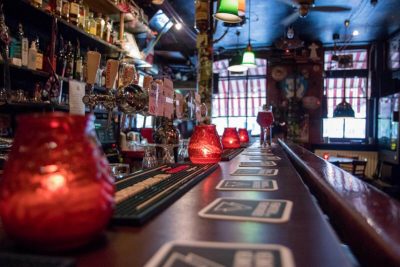 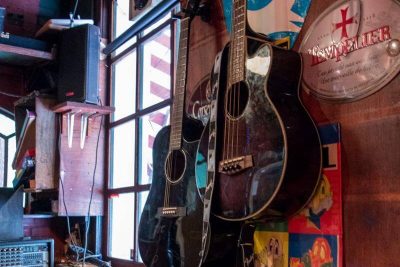 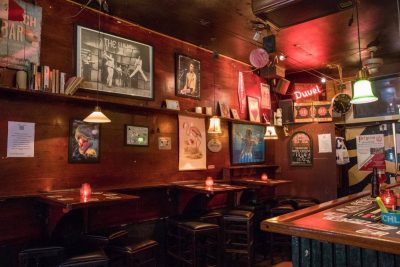 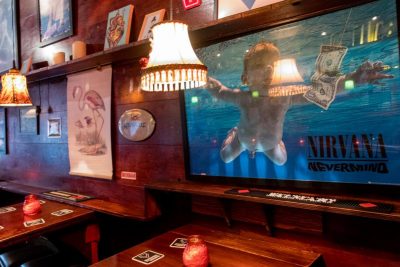 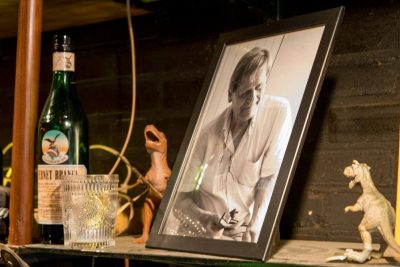 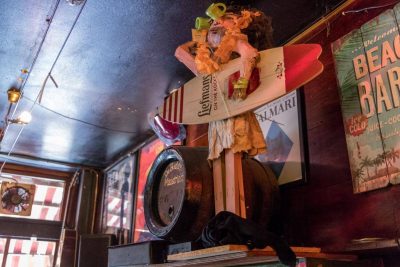