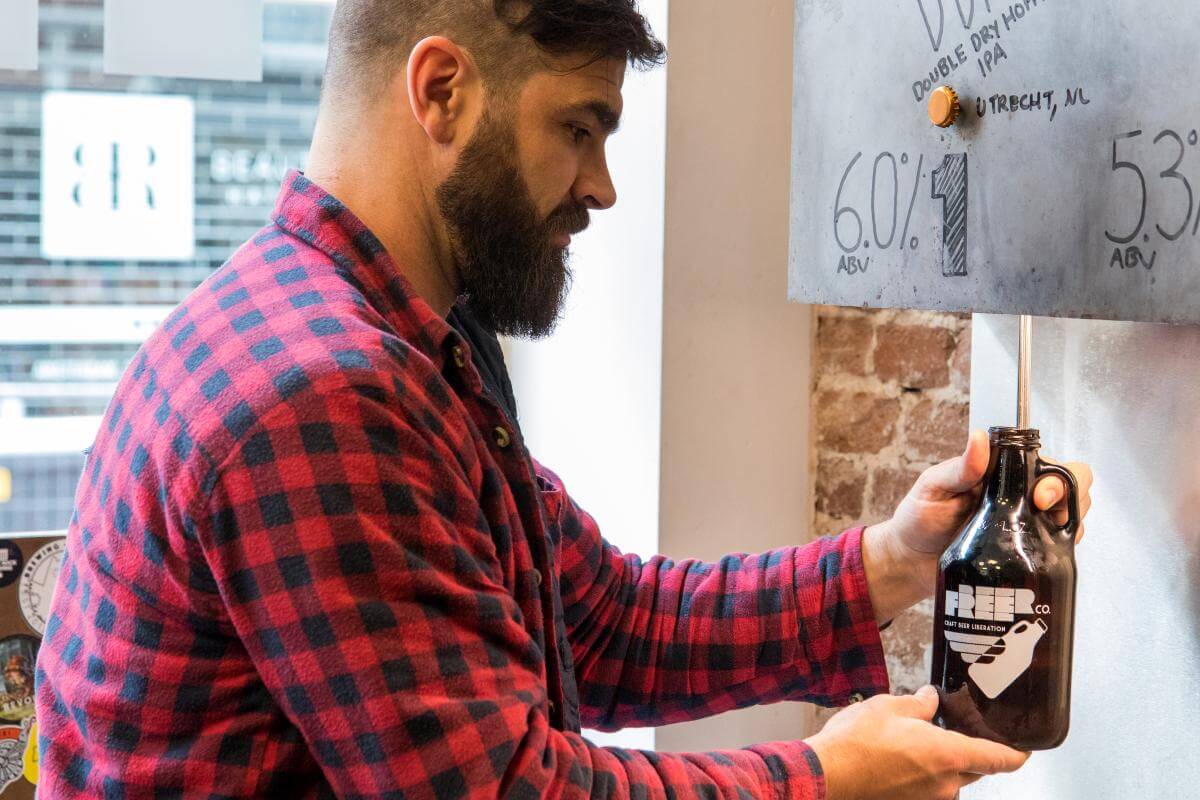 Every store and bar has a story although I’ve discovered it’s sometimes hard to get that story. That was not the case at Free Beer Co. in The Hague. It’s owner, Joshua Gregg, loves to talk and was more than happy to tell me some of the journey that brought him to The Hague and to owning a small craft beer store.

Don’t get me wrong, I’m not saying that listening to Josh was a bad thing. He’s a very amicable fellow and after just a bit of time you realise you could be friends with this friendly Canadian. Yes, he’s from Canada.

Back home he already loved beer of course, he even used to be a homebrewer together with his friend who now brews at Golden West Brewing Co. in Perth, Australia. After arriving in The Netherlands in 2013 Josh spend about 9 months trying all the Belgian beers he wasn’t able to try in his home country. That’s when he started craving some IPAs and met some of the ‘pillars’ of the craft beer scene in the city and had some regular tasting with them at De Paas.

While spending New Year’s in 2015 in London Josh saw quite a few places using growlers to sell their beer and he was amazed no one was really doing that in The Netherlands. Someone should! Not him though, he would only open a shop in the perfect location which meant in the Prinsestraat, across a liquor store and a coffee shop. It should also be small and have a cellar. No way something that specific would be available right?

It wasn’t but when a goldsmith announced his retirement it suddenly was and he had no excuses any more to not do this. The timing was great as well because just like with Dorst there was an opening for a bottle shop in The Hague after ABC Beers closed up shop. He convinced the owner with his ideas and presentation not to put a new jeweller in there. It helped that he was partial to some good beer as well.

The store opened in November of 2016, a few months later than his original plan of September. Family business in Canada caused this delay but when he opened he was the first (and so far only) one selling beer in growlers in the city and one of the first in the country. Major selling point for beer geeks and this would surely attract customers.

He called his new store Free Beer Co. which stands for freedom of choice, free of compromise, just freedom in general. He had to compromise a bit though by selling bottles and cans as well instead of the envisioned 10 taps he had in mind. He designed the logo (he’s originally a graphic designer by trade), the growlers and even the filling system because the latter commercially available systems just wouldn’t cut the cake. His system ‘cleans’ the bottle with CO2 before filling which ensures it stays fresh longer without oxygen, up to 2 weeks!

That’s the story of how Josh opened up Free Beer Co. but what about the actual beer in the shop? There are always 3 fresh beers on tap and those rotate very regularly, about every week. A growler is available in 1 and 2 litre versions and those are €7,- and €10,- to buy. Yes, you have to buy the growler itself but it’s meant to be refilled time after time and you can do that for €10,- per litre. Every 10th refill is 50% off.

The bottle/can collection has some Dutch stuff and quite a few brews from the UK. Josh would love to have more Canadian stuff but no one’s importing them. Perhaps your next adventure Josh? Actually, his immediate plans involve crowlers which are refillable cans instead of bottles.

You can also meet Jochen at the store and both of them have a shelf of their recommendations right near the counter. You can also ask either of them for advice because they are both very knowledgeable about beer. Just grab a growler and fill it up at Free Beer Co.! 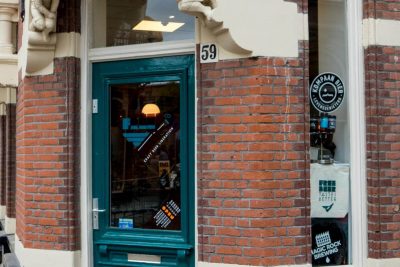 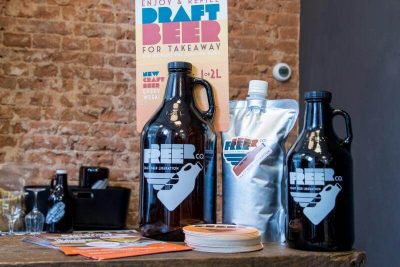 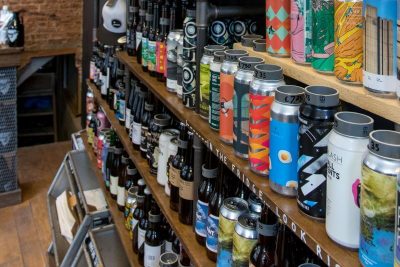 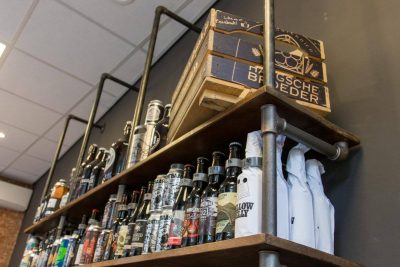 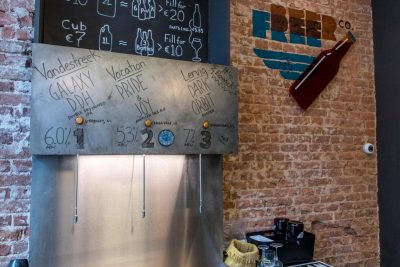 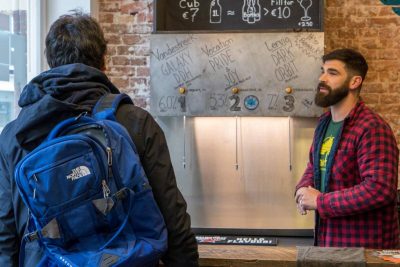 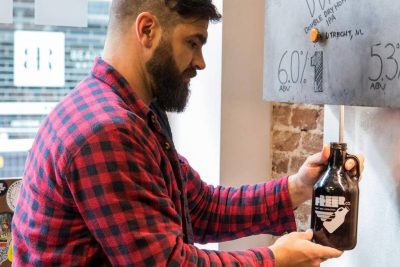 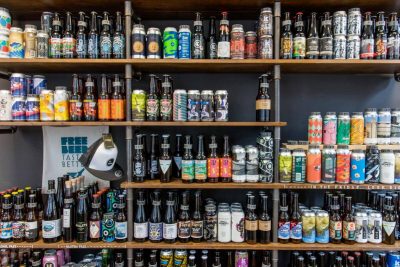 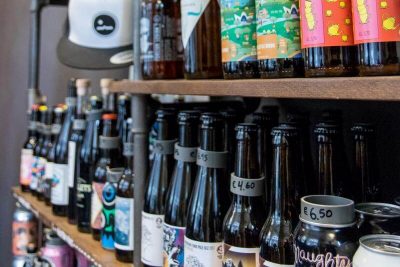 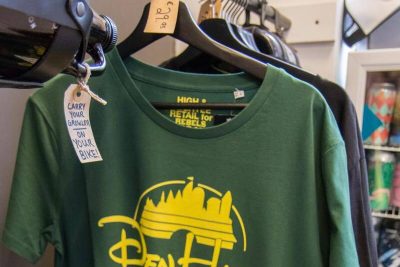 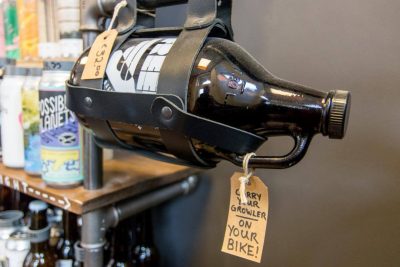 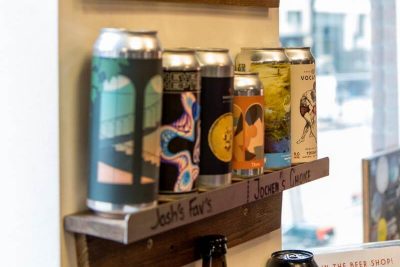