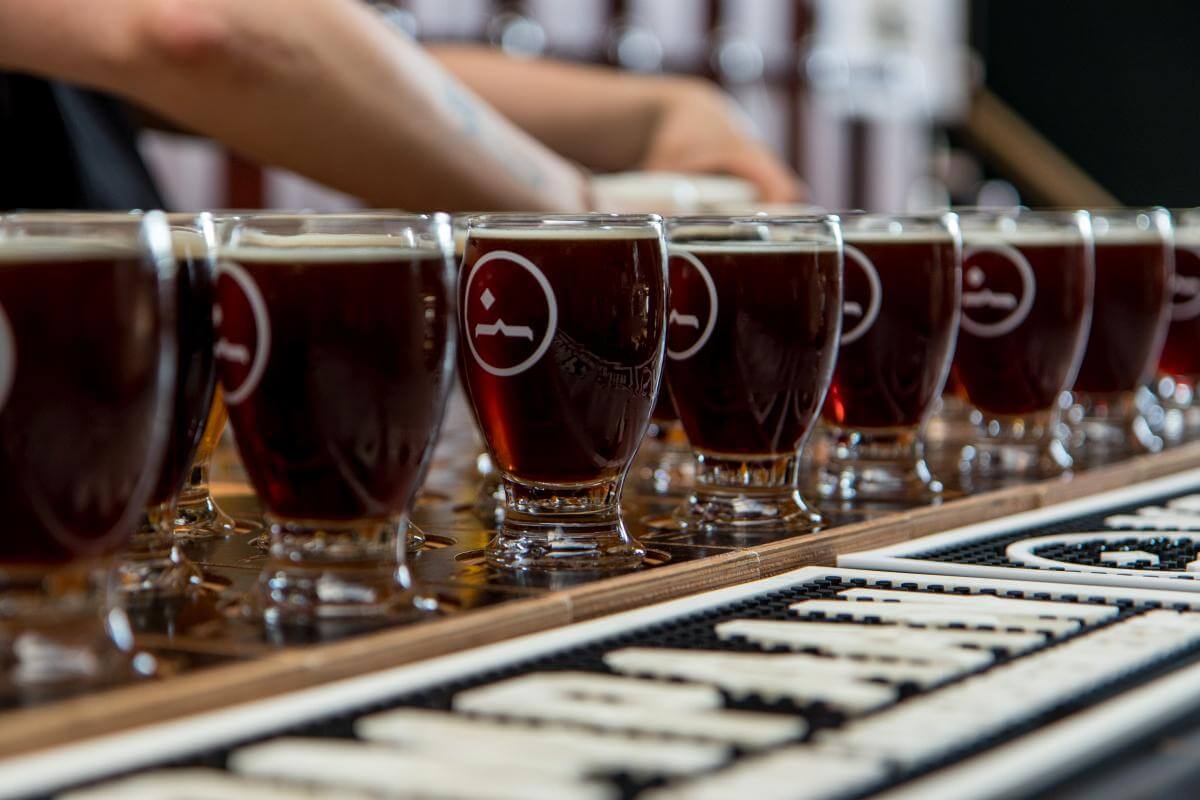 Kompaan is a well known brewery in The Hague. It’s likely also the biggest one. They started brewing in 2012 and after (among other things) a crowdfunding campaign they opened up their brewery and bar in 2015 at Binckhorst. They started brewing at this location in 2016 and now plenty of their own beers and guest beers flow from the 20 taps at Kompaan Beer Bar.

Binckhorst is an industrial area quite a distance away from the city center of The Hague which is the reason I don’t visit it very often. It’s not because I don’t like it, it’s just because of the distance.The area is being redeveloped away from it’s original industrial purpose to a neighbourhood people actually live in. This lead to bars/restaurants like Kompaan to slowly pop up. For people at the edge of Voorburg and The Hague it’s actually really close and I have friends from Voorburg that actually visit it frequently because of that.

On a nice day it’s great to sit outside by the water at one of the many tables. With the sun shining down on you, a cool beer in your hand, things don’t get more perfect. Inside they adapted the industrial theme of Binckhorst itself by using shipping containers to create the kitchen, the taps and a second floor on top of them. Railings to prevent people from falling off are included of course.

Other than the containers there’s a lot of blank wood in the interior as well to continue the raw, industrial look. Furniture looks recycled to fit the theme. Not sure if it is by the way, it just looks like it.

Since the location is an old warehouse you might expect it to be quite dark but large skylights actually bring in natural light. All in all I like the look of the place. That you can see the modern, stainless steel brewery right next to it is icing on the cake for me.

You’re here about the beer right? There are 20 taps which feature Kompaan’s core range, their specials and at least 5 guest beers at all times. Since they recently started taking care of their Untappd account it’s now possible to see the current menu there.

You can get a beer flight at the time of writing €15,50. You can get just their core range if you don’t know the Kompaan beers yet but it’s allowed to mix it up a bit as long as there are several of their own brews in your flight other than guest beers.

There’s always some good stuff on there. My favourites of their core range are also their two most prize winning beers. A good Imperial IPA called Handlanger and an awesome Russian Imperial Stout infused with port wine called Bloedbroeder. The latter has won most of those prizes but both are great in their own way. If you don’t know this brewery’s beers yet I suggest including at least these in your tasting session.

All beer is ordered at the bar, there is no table service. Exceptions to these is if you order food but you still have to order that at the bar. So if you’re outside in the sun with friends I suggest taking turns getting beer. That’s only fair right?

After you’re done for the day it’s even possible to buy beer and merch at the bar in case you are a fan after visiting this craft beer bar. Just remember that it’s only possible to pay by card at the bar. Either a debit card or a credit card will be accepted with the exception of American Express. Keep that in mind when you get your drink on.

Other than a craft beer bar Kompaan Beer Bar is also a restaurant. They present the menu in a booklet between two wooden planks with weekly and monthly specials on a board on the wall. That board has the funny name ‘Big Pig’ on it although what I read was a montly fish dish and a weekly soup. No pork in there right? I forgot to ask them about the name so perhaps they can tell you when you visit.

The menu is quite simpel with just a short list of dishes on there together with snacks to eat while you enjoy the beer. Is that bad? Not at all! I tried the burger and honestly, it’s very well made and tasty. Juicy good quality meat, crispy bacon, a bun stamped with their own logo and thick home made fries. One of the better burgers I’ve had in The Hague. I expect all the dishes to be the same quality. There’s nothing wrong with well made simple food!

I did ask what the bartender would recommend and I was told that the home made bitterballs with pulled pork (a variation of a popular bar food in The Netherlands) and chickenwings are amazing. The latter so much so that if you’re not there early that they’re already sold out. I didn’t get to try any because even though I was there around 17:00 on Saturday all the chicken was already gone. I did get a hint on how they are made. They use a special spice mix, then they get slow cooked and to make them crispy they quickly get deep fried. Sounds tasty and hopefully I can try them another time.

I wish this bar wasn’t that far away for me. As you can read there’s a lot of things to like about it! Public transport isn’t that great either. The only reliable connection only goes to The Hague Central Station and the last one leaves around midnight. If you want to feel like Cinderella that might be fun but that means you won’t be there till closing. I’d recommend to just go early, enjoy the food and a few beers and then head into the city for more beery fun. 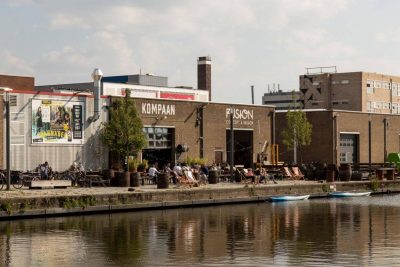 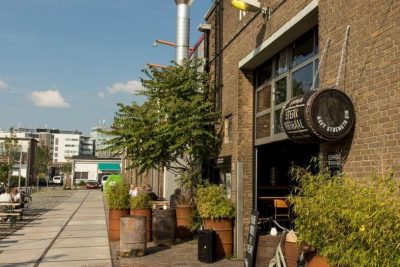 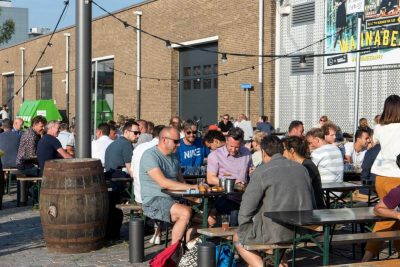 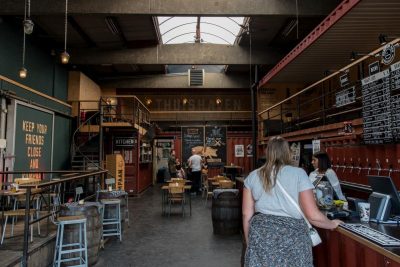 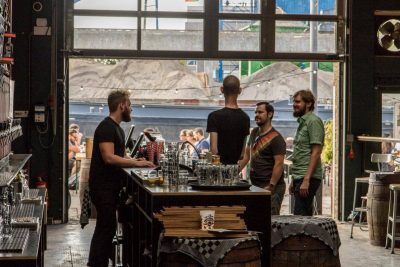 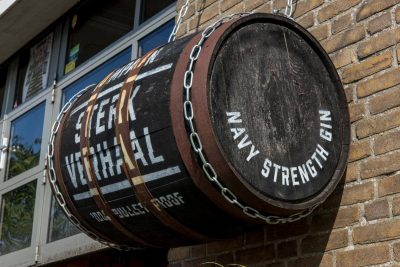 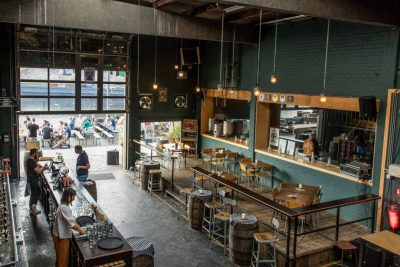 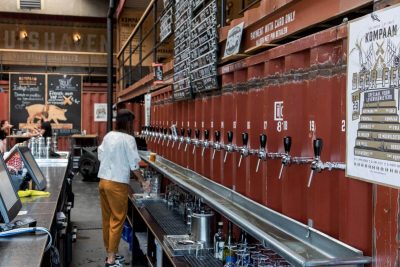 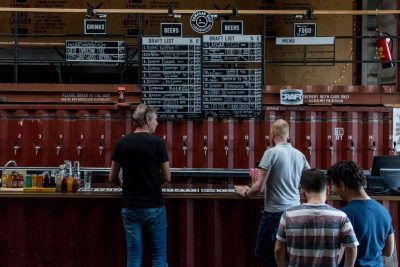 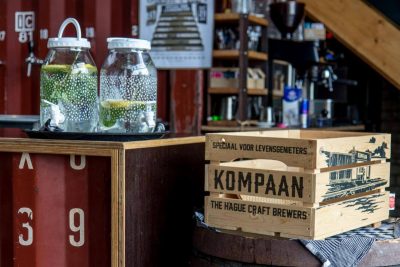 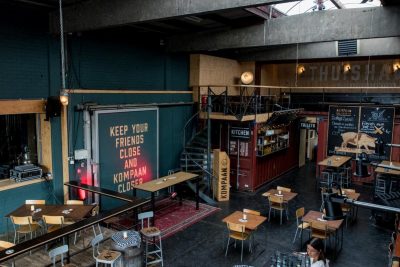 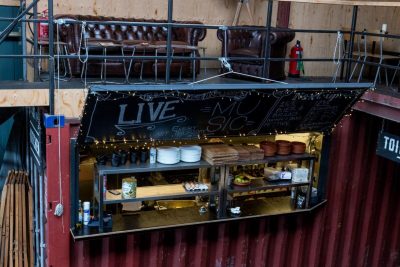 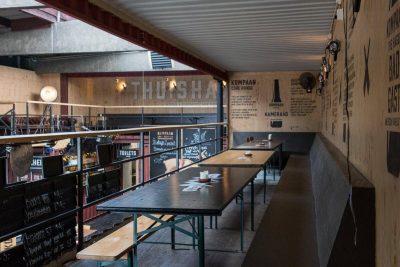 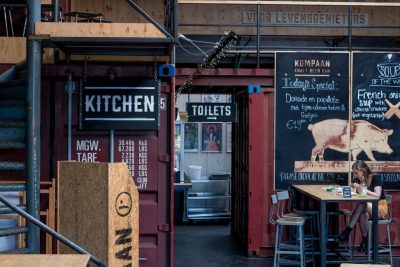 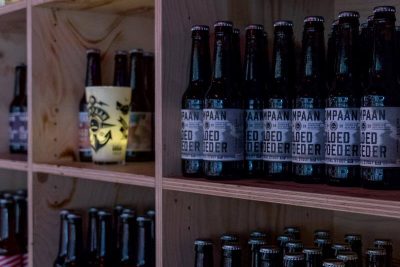 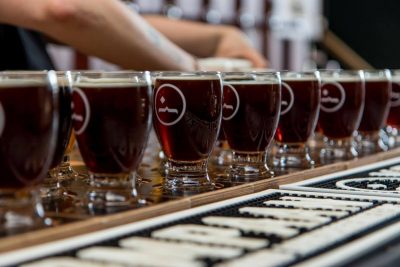 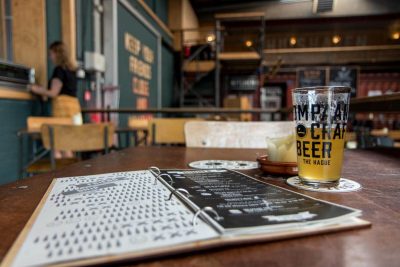 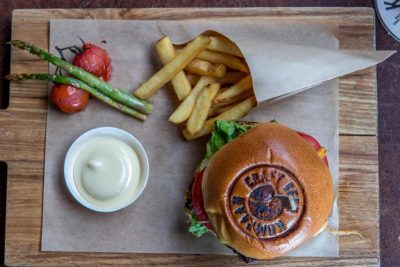