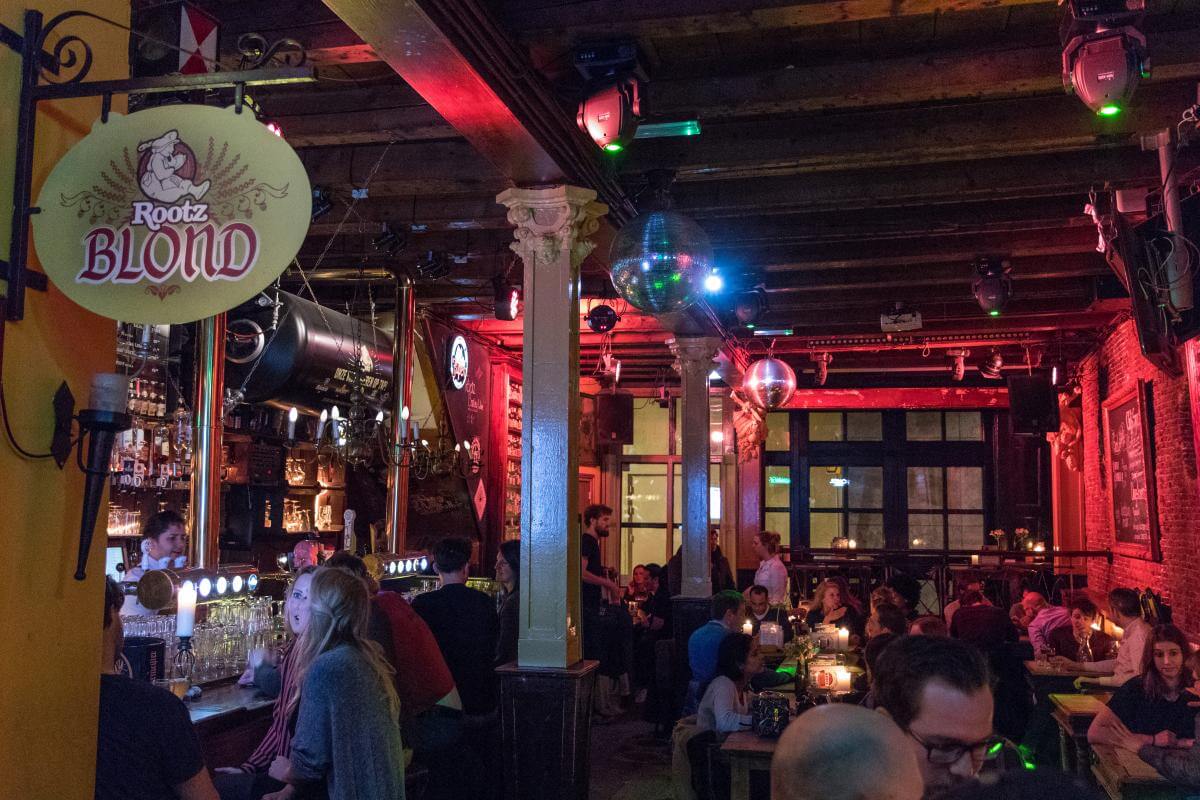 In the center of The Hague in the Grote Marktstraat (which is of course close to the actual Grote Markt) you can find Rootz. This is one of the older beer bars in the city since it opened in 1998. They call it the ‘Belg van Den Haag’ (Belgian of The Hague) but Belgian beer is not all that can be had in this establishment in an old 17th century carriage house.

The interior shows a lot of that historical building with a lot of exposed brick and wood in the interior. Among all those old details is a modern craft beer bar though. Bar? Well, I should actually call it a craft beer restaurant since that’s what it is.

Thanks to some newspaper articles on their website it seems it once opened as Roed’s which is a combination of the first letters of the first owners, Ro(land) and Ed(sar). When it was renamed to the more modern Rootz I don’t know, it has been named that as long as I’ve been living in The Hague. Right from the start food and beer were important though!

Generous portions, simple rustic food with fresh ingredients is what really sets the tone in the menu. Combine that with either a Belgian or Dutch beer from the extensive beer selection and you have food pairings that rival those made with wine. They even help out with beer suggestions right in the menu but you can always pick something yourself or ask someone of the staff to help you out.

At some point this location was not the only fruit in the Rootz tree with another location at the harbour in Scheveningen called Rootz at the Harbour and a temporary summer location near the beach called SC Rootz (SC means sport club and it was meant for beach volleyball players and such). Unfortunately the harbour location closed almost 2 years ago, most likely because not enough guests were showing up. I only visited it once myself. It was a beautiful place with a lot of wood and a nice central bar. Now we just have Rootz ‘classic’ in the city center.

Has this location not undergone any changes? Of course it has and most of them are fairly recent and unfortunately I’m not happy with all of them. I’ll start with the positive and that’s the beer festivals they organise. Twice a year they convert the club next door and the area in front of the restaurant into a beer festival that I enjoy quite a bit. Due to it’s location it helps to introduce people walking by while they shop to try out the beers on offer. Not just beer geeks at this festival! For a good impression you can visit my instagram and look up some of the pictures of the previous editions.

Now for the bad, mostly for a Dutch beer geek like me. Recently Rootz expanded to a total of 19 taps and usually that’s good news. Most of them are dedicated to just a single beer or brewery though. If those are breweries you’ve tried a lot of like me there are only 2 real changing taps left. That means I can’t really use their beer flight any more and that’s too bad, it’s a great deal of 5 small glasses of beer for just €10,-. They also got rid of the temporary beer list which is also unfortunate for someone like me. For those that are not Dutch or are just starting out their beer journey though I highly recommend using this option.

I’ll finish off this article with a mention of their house beers. The regular two are Rootz Blond and Rootz Tripel. The blonde beer gets made by Eem Bier and the tripel by Bronckhorster Brewing Company. The latter was also responsible for a lovely barley wine at Rootz a few years ago of which at this moment they have a few bottles left. Visit Rootz soon before they’re all gone!

One last note: during the weekend they change over to plastic glasses late in the evening since both the part next toe restaurant and the restaurant itself are converted to a club. If you want to enjoy your beer quietly and in a glass I don’t recommend visiting it late on a Friday or Saturday. Other than that you’ll be fine! 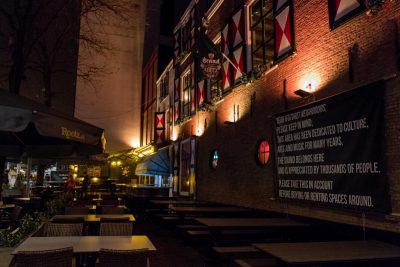 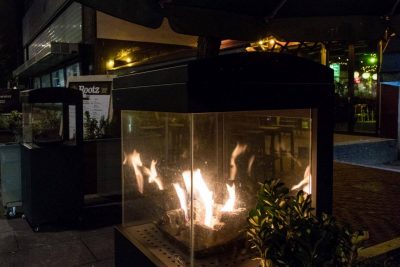 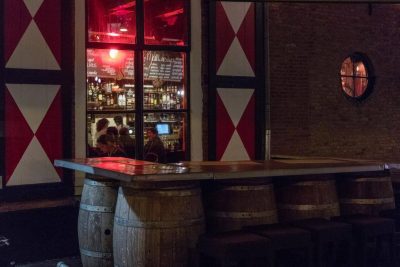 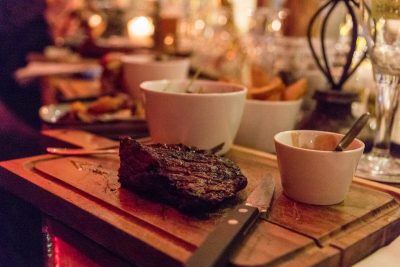 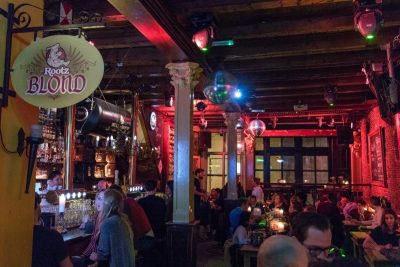 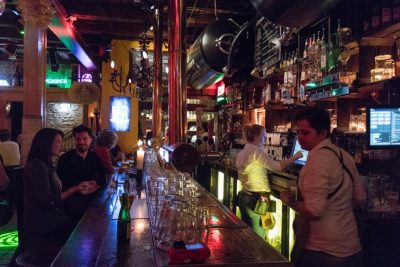 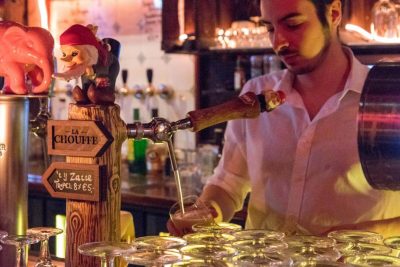 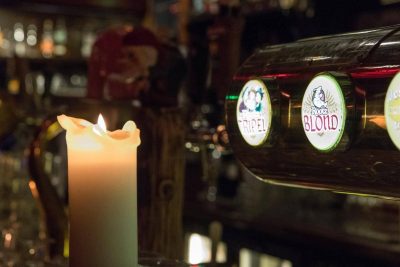 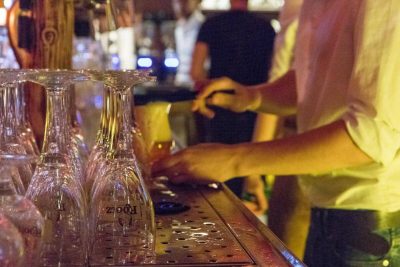 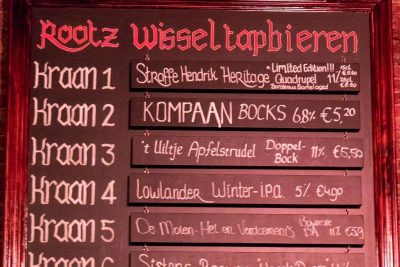 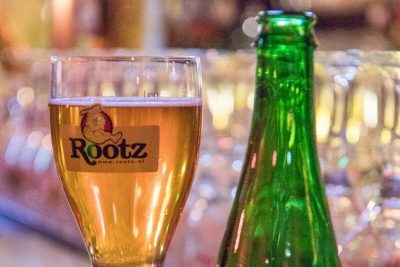 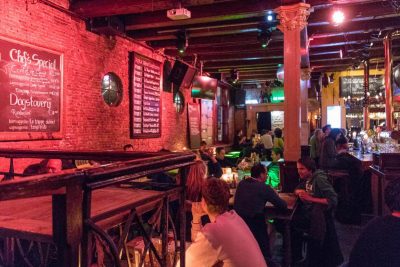 Good and honest piece! I agree to everything that has been said in the article, but i still love the place. I see it as one of the more fun and better beer places in the hague.